Malate, monohydrate or other form of creatine? 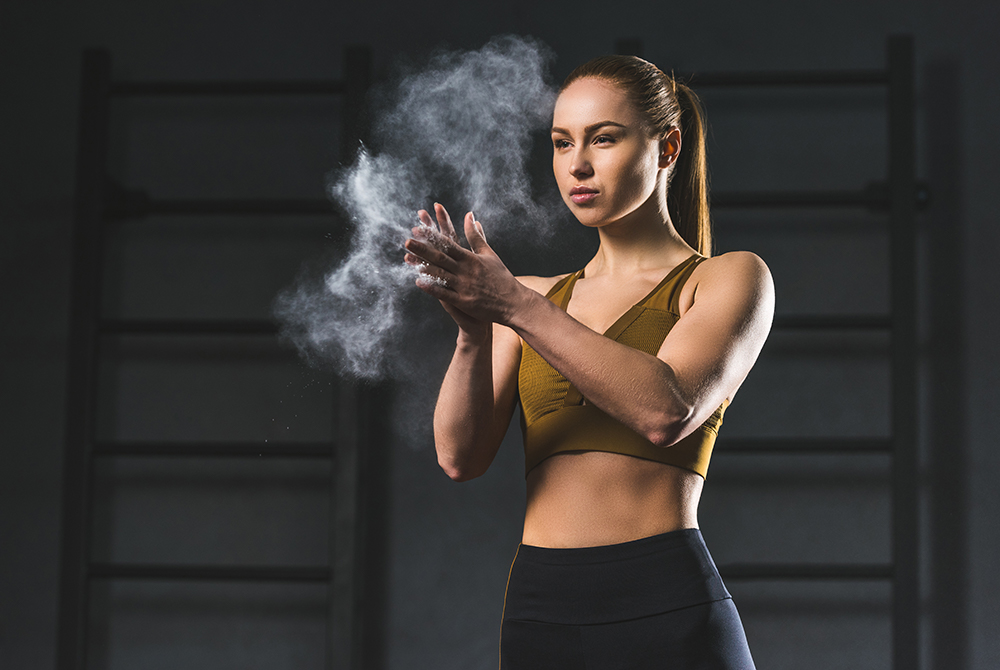 Creatine is one of the most popular sports supplements. Its effectiveness in increasing strength and muscle mass is confirmed by numerous scientific studies. Which creatine is the best? Is monohydrate more effective than malate?

Malate, monohydrate or maybe another form of creatine?

Creatine is one of the best-selling supplements for athletes around the world. Its purpose is to increase the strength and mass of muscles. In fact, its effects are well documented and researched, which is not surprising. Creatine has been produced synthetically since 1950, and with the development of technology, newer and newer forms of this substance appear on the market. Starting from classical creatine monohydrate, through creatine malate, creatine ethyl ester, creatine hydrochloride, buffered creatine or liquid creatine. From the very wide range of creatine available in Poland, the most popular choices are definitely monohydrate and malate, so these are the forms that we will look at in detail. But let us start with the basics.

Creatine is a molecule structured similar to the amino acids making up proteins and is formed from the amino acids (methionine, arginine and glycine) in the human body. It is also supplied with the diet from animal products, mainly meat. Accordingly, a 200-g portion of red meat provides 1.5-2.5 g of creatine, and fish - 2-4 g. In comparison, a glass of milk contains only 5 mg of creatine.

How does creatine work?

Phosphorylated creatine is crucial for the work of muscles, because it is a source of energy, or more precisely, it participates in the process of rebuilding ATP - a high-energy compound used by muscles during contraction. The second process which simultaneously rebuilds ATP is anaerobic glycolysis. With the length of exercise, the efficiency of ATP resynthesis from phosphocreatine drops threefold due to decreased amounts of creatine available in muscles. Supplementation with creatine monohydrate or creatine malate allows for greater storage of creatine in muscle cells and extended time of effective supply of muscles with an energy source during the workout. It is also responsible for lower lactate production and reduction of muscle cell acidification. In turn, it allows you to exercise longer and more intensively, postponing the moment of fatigue.

Supplementation with monohydrate or another form of creatine supports muscle mass gain. How does this happen? Creatine transported into muscle cells causes cell swelling, which stimulates the expression of genes and the production of proteins associated with muscle hypertrophy. Just ten days of creatine supplementation affects the modulation of genes responsible for cell osmoticity, which in turn affect genes controlling the anabolic response of muscle cells. 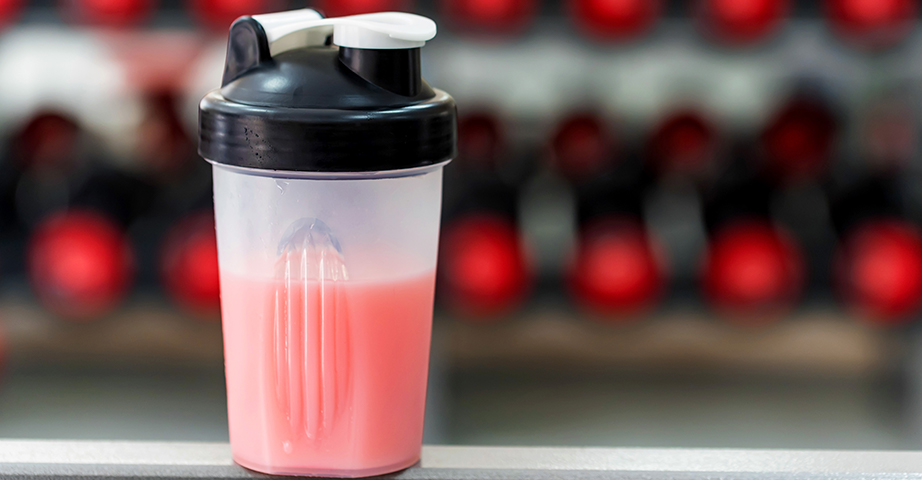 Creatine monohydrate and creatine malate are especially effective in sports that require short and powerful moves, such as weightlifting, football and high jumping.

Creatine supplementation in athletes results in:

Creatine in the form of malate, monohydrate and others available on the market is recognised by sports organisations as a legal dietary supplement and can be used in professional sports. Only in France, it is impossible to purchase creatine, as its use is prohibited.

Creatine monohydrate - the best-analysed creatine on the market

Monohydrate is the most classic form of creatine available on the market. It is also the best-analysed one. The vast majority of scientific studies use creatine monohydrate supplementation and its effectiveness is confirmed by thousands of researches.

Creatine monohydrate is a form of creatine that has been produced on a massive scale for several decades. Consequently, the technology for its production is well developed and cheap. Monohydrate is the cheapest form of creatine available on the market. The inconveniences of its use are related to its poor solubility and fast degradation in the water environment. After dissolving, you need to drink it immediately. Creatine monohydrate contributes to water retention in our organism. For some people, this is a disadvantage, while others treat it as a big plus. It will be appreciated by bulking athletes who want to gain weight as quickly as possible. On the other hand, people who are especially focused on building muscle may complain about subcutaneous water accumulation when using creatine monohydrate. 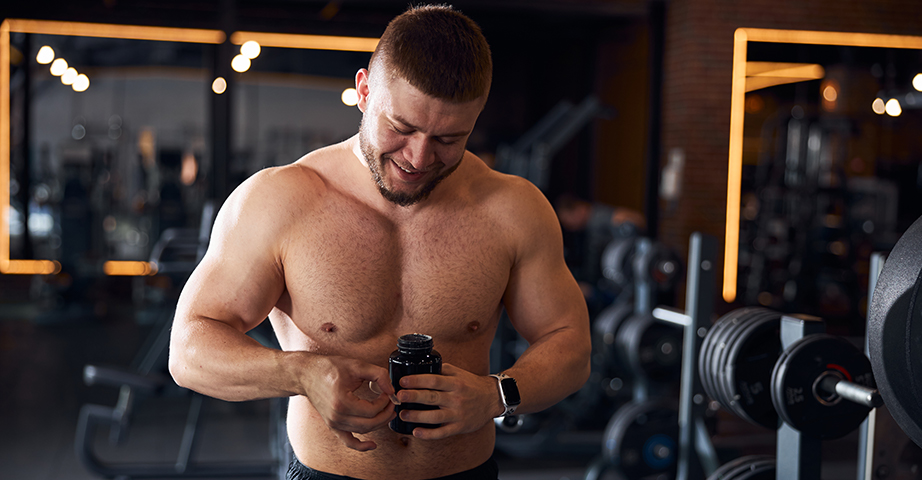 Creatine malate is as safe as monohydrate. This form of the supplement has a specific advantage over the monohydrate because the presence of an ester bond in the molecule reduces the susceptibility of creatine to degradation, so its absorption increases.Furthermore, malic acid itself, as one of the carboxylic acids, easily penetrates mitochondria and transports the products of glucose breakdown. It plays an essential role in the energy metabolism occurring in muscle cells, which contributes to an easier supply of energy during anaerobic processes. It seems, therefore, that the use of creatine malate may bring a double benefit - both from the intake of creatine and malic acid.

Creatine malate probably has less tendency to bind subcutaneous water and causes less weight gain in the first stage of supplementation. For this reason, creatine malate is more likely to be chosen by people on a fat reduction programme. Muscles may be more visible under the skin as a result of using creatine malate.

Creatine malate is available in capsule and powder form. It wins over monohydrate in terms of functionality, as it is easier to dissolve. However, its use is less economical. This form of creatine is more expensive.

How to choose the best creatine?

It is difficult to say unequivocally which forms of creatine are the best. The number of scientific studies confirming the effectiveness of supplementation favours monohydrate. However, analyses concerning malate show that it is equally effective.There are simply fewer of them because it is a much newer form of creatine supplement than the long-produced monohydrate.

Which creatine is the best? Strength and muscle mass gains are likely to be the same with supplementation with monohydrate and malate.. So far the number of studies comparing the effectiveness of supplementation with creatine monohydrate and creatine malate is insufficient to be able to point out the winner without any doubt or to create a ranking of the best creatine in its various forms.

There is no clear scientific proof of this, but according to users' opinions, the best creatine for mass is monohydrate, and for reduction - malate. The amount of water retained subcutaneously and the visibility of muscles is essential here. According to opinions, monohydrate causes greater water retention. It must be remembered that the differences in results are small and visible mainly in people who are advanced in training and bodybuilding.

Looking for the best creatine, you need to check whether the supplement contains creatine itself or whether there are fillers. Of course, the best is pure creatine free from unnecessary additives. The form is important - capsules are more convenient. Thanks to them you can avoid problems with the solubility of creatine. It is worth comparing the prices of different products. The best creatine is not necessarily the most expensive one. Finally, when you are wondering which creatine is the best, it is a good idea to refer to the opinions of people who have used a particular creatine preparation before.