Which sweetener is better - erythrol or xylitol? 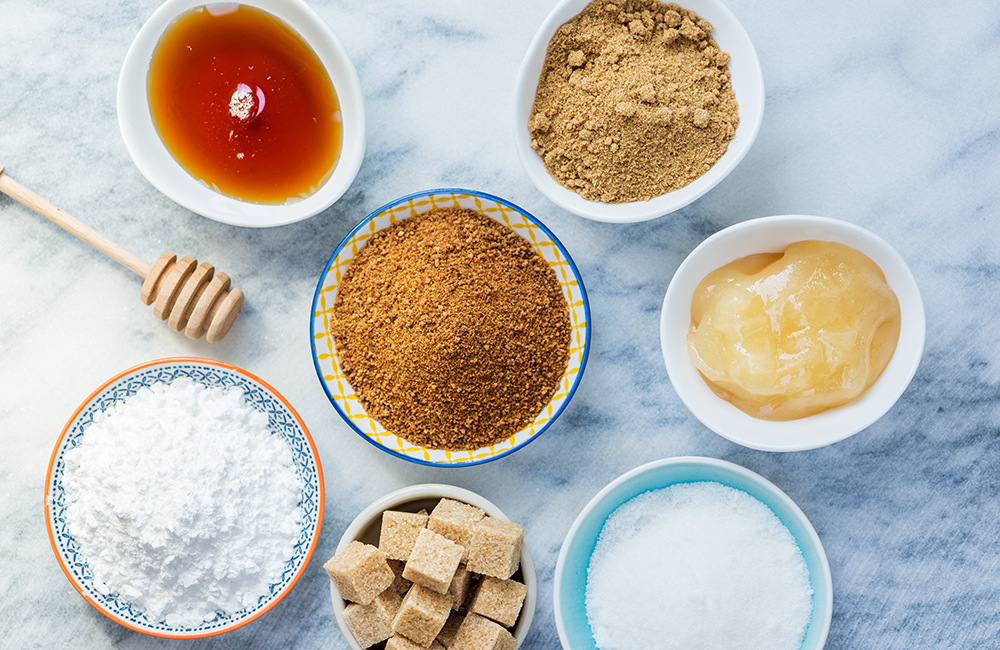 Healthy sweeteners are very common both in shops and in the homes of people who care about their diet. Which sweetener to choose instead of sugar? Erythrol or xylitol? Which one has fewer calories? Is xylitol the best choice for a diabetic? We summarise the characteristics of these two sweeteners and answer the question: which one is better - erythrol or xylitol?

The growing social awareness of the enormous harmfulness of sugar and the global problem of obesity have made sugar substitutes increasingly popular. We have moved from the era of artificial sweeteners with potentially harmful impact on our bodies to the era of searching for natural and healthy sugar alternatives. What would life be without a little sweetness? Which sweetener to choose? Erythrol or xylitol?

Erythrol looks the same as table sugar (sucrose) and is in the form of transparent crystals. It dissolves in water equally well. Here the analogies with regular sugar end. Erythrol is less sweet than sucrose, being 80% as sweet as sugar. At the same time, its taste is very characteristic and apart from the feeling of sweetness, it gives a cool sensation in the mouth, a menthol aftertaste. It is most noticeable when tasting pure erythrol, while in desserts or baked goods this effect disappears.

Erythrol occurs naturally in nature, e.g. in peaches, watermelon, grapes, mushrooms and fermented foods. However, it is produced by biotechnological methods. This process is much cheaper and more efficient.

Erythrol does not provide any calories, as it is not digested in the digestive tract. It enters the intestines in an unchanged form, where it is absorbed, transported to the kidneys and then excreted in about 90% with urine.

Xylitol has the form of water-soluble crystals. Its sweetness is very close to sugar, but it is followed by a menthol aftertaste. It can be used in both cold desserts and baked products. Traditionally, xylitol is called birch sugar due to its occurrence in wood pulp and its production mainly from birch trees. Interestingly, this production method was developed in Finland during World War II due to a lack of regular sugar. A few years later, xylitol began to be used as a healthy substitute for sugar, rather than out of necessity.

Xylitol is partly metabolised in the body, so it is a sweetener that provides calories. However, it has almost half as many calories as sugar. 100 g of xylitol provides 240 kcal, while 100 g of sugar provides 400 kcal. 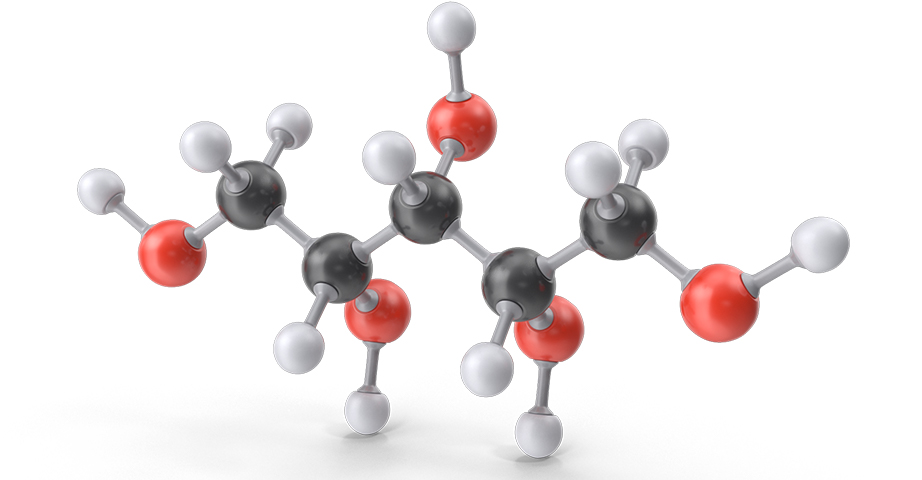 Which one is better? From a culinary point of view, erythritol and xylitol are very similar to each other. Both have a menthol aftertaste, both can be used for baking cakes and cookies as they are heat resistant. However, both are not suitable for baking yeast doughs and bread because yeast does not ferment polyols. Erythritol needs to be used a little more than xylitol to get the same taste. Simultaneously, erythritol is slightly cheaper, so the costs of using both sweeteners are similar.

When deciding between erythritol or xylitol due to lowering the calorie content of the diet, erythritol definitely wins. It provides no calories at all, while xylitol provides 240 kcal in 100g.

Both erythritol and xylitol show health-promoting effects. Both sweeteners prevent caries, xylitol improves bone mineralisation and strengthens immunity, while erythritol has antioxidant effects and reduces the risk of atherosclerosis.

Erythritol holds an advantage over xylitol in terms of common side effects after ingestion of polyols. Sugar alcohols consumed in excess cause diarrhoea and nausea. This problem applies to xylitol because it is fermented in the intestines. In contrast, it does not occur at all when erythritol is consumed. The only side effect from eating erythritol is possible nausea after eating more than 50 g of this sweetener per day.

Which sweetener is better? Erythritol or xylitol? Due to its zero calories, lack of metabolisation, diarrhoea and side effects, also considering the price, erythritol can be claimed as a winner.

Xylitol and diabetes - is it a good choice?

Xylitol for a diabetic is certainly a much better choice than sugar. There are several arguments behind this. Firstly, the glycaemic index (i.e. the rate at which the blood glucose level rises after consumption of a given product) of xylitol is much lower than sucrose (sugar). Xylitol's GI, depending on the source, varies from 7 to 13, while sucrose's GI is 70. Xylitol is metabolized mostly separately from insulin, but small amounts of this hormone are secreted by the pancreas after consumption. Xylitol is also much lower in calories than sugar, which is particularly important if you are overweight and obese, often related to diabetes. It is easier to control body weight by limiting calories from sweeteners.

Considering whether xylitol is the best choice for a diabetic, it is still necessary to compare it with erythrol. Erythrol definitely wins the ranking of sweeteners recommended for diabetics. Its metabolism is unrelated to insulin and its glycemic index is 0, so it does not raise blood glucose levels after consumption. Moreover, it does not provide any calories, which makes weight control easier than using xylitol.

Is xylitol good for a diabetic? Yes. But erythrol is even better.