Beta-carotene - importance for health, demand and sources in food

Beta-carotene belongs to a group of about 500 carotenoids found in nature and 50 that exhibit vitamin A (retinol) activity. In other words, they are precursors of vitamin A, which means that the body can convert them to retinol. Beta-carotene is the most important carotenoid with the highest biological activity among the compounds of this group. It exhibits 1/6 of the biological activity of vitamin A. After ingestion and absorption in the small intestine, part of beta-carotene is converted to vitamin A and the remaining part is transported to the liver. Beta-carotene, like other carotenoids, is stored in the body in the liver, adrenal glands and fat tissue. The normal fasting blood concentration of beta-carotene is 0.9-5.58 µmol/L (50-300 mg/dL)..

Beta-carotene is produced by plants and some bacteria - yeasts and moulds. It is found in the green parts of plants, flowers, fruits, seeds, roots and tubers. This carotenoid is characterised by its yellow colour, so it is commonly believed to be found mainly in yellow and orange vegetables and fruits.. Even the name beta-carotene comes from the Latin name for carrot ("carota"), since carrots are the source from which beta-carotene was first isolated in 1831. However, very large amounts of beta-carotene are also found in green plants..

Properties and effects of beta-carotene

Most of the actions of beta-carotene in the body are similar to those of vitamin A. It is distinguished especially by its high antioxidant potential. What functions does beta-carotene have in the human body?

Beta-carotene taken as a supplement can have a protective effect on the skin. It has been confirmed by various types of scientific studies, including a meta-analysis comparing the effectiveness of beta-carotene supplementation with placebo. The efficacy of beta-carotene has been observed both in people with diseases manifesting themselves as hypersensitivity to sunlight and in healthy individuals. Although beta-carotene has a low sun protection factor (SPF=2), it can effectively prevent sunburn.. It is related to beta-carotene's ability to scavenge free radicals and reactive oxygen species formed by skin exposure to UVA radiation.

Beta-carotene also helps to slow down the skin ageing process. Once again, this is linked to its antioxidant effects - protecting cell membranes from damage - as well as increasing the skin's resistance to the harmful, age-accelerating effects of UV radiation. Some people also appreciate the effect of beta-carotene supplementation on skin tone and luminosity.

Sources of beta-carotene in food

Beta-carotene is mainly produced by plants which are the main source of this carotenoid. However, due to the way it is stored by mammals, it is also found in the liver and fat of animals. Beta-carotene is present in orange, red and yellow vegetables and fruits, as well as green leafy vegetables.

Beta-carotene is a fat-soluble compound. The bioavailability of beta-carotene from raw vegetables and fruits, eaten without fat, is lower than that from heat-treated, cut, cooked or just served in the presence of fat. 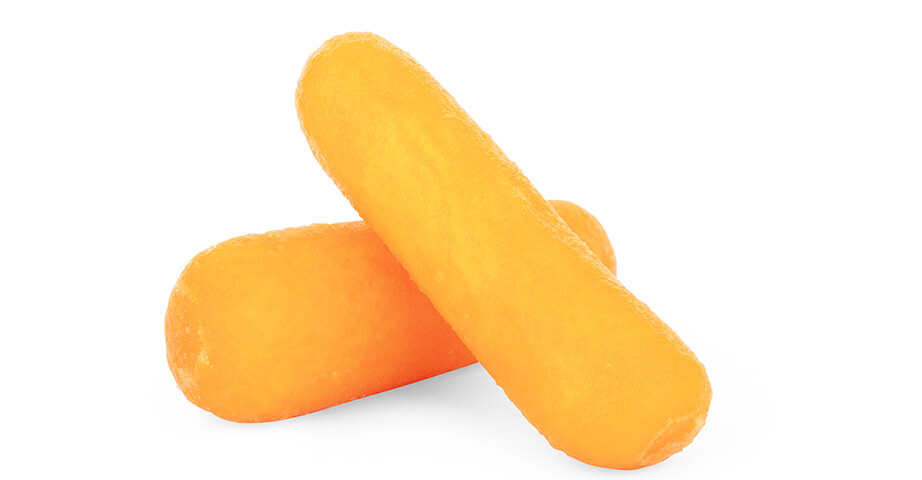 Products with the highest beta-carotene content in 100 g of edible parts:

How much beta-carotene should I take daily?

If you follow the rule of 800 g of vegetables and fruit (with a predominance of vegetables) in your daily diet, you should not worry about beta-carotene deficiency. However, if your meals are poor in vegetables, then you should consider supplementation, sticking to the recommended daily dose of beta-carotene.

Consuming synthetic forms of beta-carotene from supplements in excess leads to it starting to act as a pro-oxidant. In other words, it does not only lose all its protective properties but becomes harmful and increases the risk of diseases related to reactive oxygen species. Although according to the recommendations of one of the most important American health organisations, the NCCIH, beta-carotene supplements supplements taken at a dose of 20-30 mg per day are not harmful, you should not set the dosage on your own and exceed the manufacturer's recommendations..