Ashwagandha - what does it really help? 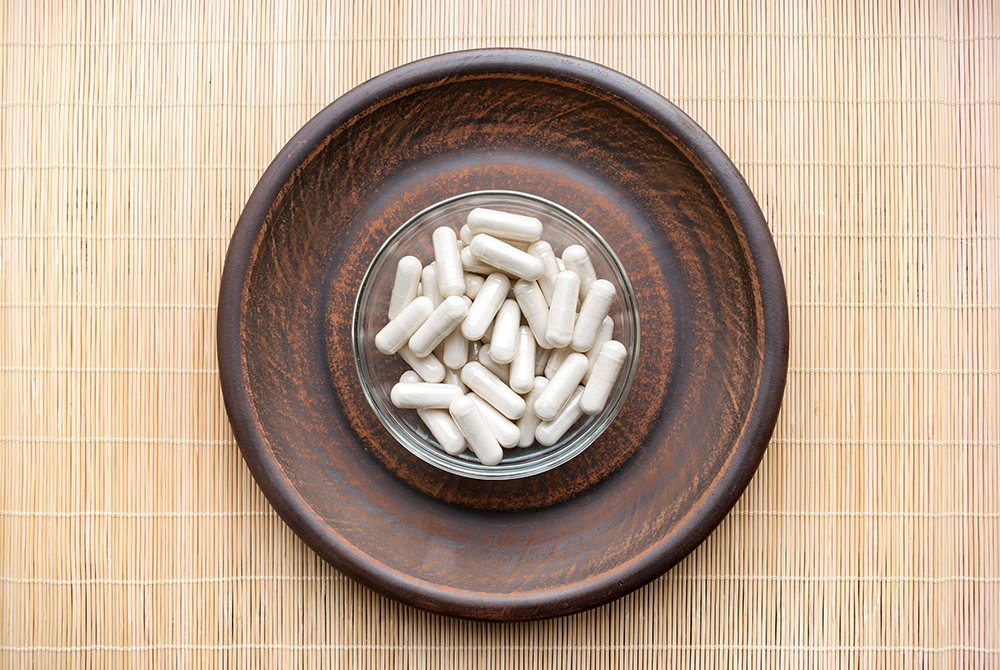 Ashwagandha - the herb that has been used for thousands of years in Ayurvedic medicine is a popular ingredient in supplements. As an adaptogen, it is claimed to have a wide range of benefits. Is ashwagandha as effective as the commercials declare, or is it just a marketing trick? What does ashwagandha really help? In what dosages should it be used? Is supplementation safe? Find out!

Ashwagandha (Withania somnifera) is a plant of the Solanaceae family originating from Asia, also popular in northern Africa. Ashwagandha, or Indian ginseng, is a crucial ingredient in Ayurvedic medicine, where the root and leaves of the plant are used. Ayurveda classifies ashwagandha as a Rasayana or tonic. Such tonics help to "maintain physical as well as mental youthfulness and increase feelings of happiness". People of all ages can take them, from children to the elderly, whose longevity ashwagandha is supposed to maintain. Literally, ashwagandha means 'the smell of a horse'. It is related both to the fragrance - fresh root has a horse-like smell - and the properties traditionally associated with ashwagandha, becoming as strong as a horse.

Ashwagandha belongs to the group of adaptogens, or substances which in a non-specific way increase human resistance to harmful physical, chemical, biological and psychological stressors, which normalise the homeostasis (biological balance) of organisms. Most commonly, it is used as a tool for reducing chronic stress. Ashwagandha is rich in bioactive phytochemicals. Vitanolides are considered to be the most important components of the plant and are largely responsible for its properties. They belong to the group of steroidal lactones. Ashwagandha is mainly rich in vitaferin A, withanolide D and vitanon.

Properties and effects of ashwagandha

Ashwagandha - an old medical herb - is an adaptogen, which means that it helps the body respond better to external stressors - whether biological, environmental or psychological ones. Adaptogens help maintain the body's balance on many levels, yet their mechanism of action is non-specific. On the one hand, it allows ashwagandha to have a very wide and varied effect. On the other hand, it carries the risk of being attributed with properties that the plant does not actually possess. Most sellers overuse information, regarding the traditional Ayurvedic use of ashwagandha, by promising miracles. Simultaneously, ashwagandha has numerous scientifically proven benefits. In some cases, they are truly spectacular, while in others, not so significant. It is worth to know what you can expect as a result of supplementation. What does science say about the properties and effects of ashwagandha?

Ashwagandha reduces cortisol levels and reduces the effects of stress

Cortisol, the best-known stress hormone, is secreted by the adrenal glands in stressful situations. Chronic stress causes abnormal cortisol production and excessively high levels in the blood, which has numerous negative impacts on the body. Scientific studies have confirmed that the intake of ashwagandha supplements reduces cortisol levels in the body. According to research, individuals who were given ashwagandha experienced a 30% greater reduction in cortisol levels compared to a control group.

Lowering cortisol levels in the body is not the only mechanism of ashwagandha's stress-reducing properties. Tests on rats have shown that ashwagandha blocks the signalling pathways in the brain responsible for experiencing anxiety and tension caused by a stressful situation. Research based on humans confirms that taking ashwagandha reduces symptoms caused by chronic stress, including anxiety and insomnia. Between 69% and 88% of the study participants experience a noticeable relief of stress symptoms.

Ashwagandha has great potential in increasing male fertility. Taking the supplement increases testosterone levels in the blood - one of the most important male hormones as well as increases the amount and motility of sperm. An additional fertility-promoting function of ashwagandha is increasing the level of antioxidants in the body and reducing the stress consequences. Both of these factors affect semen quality. 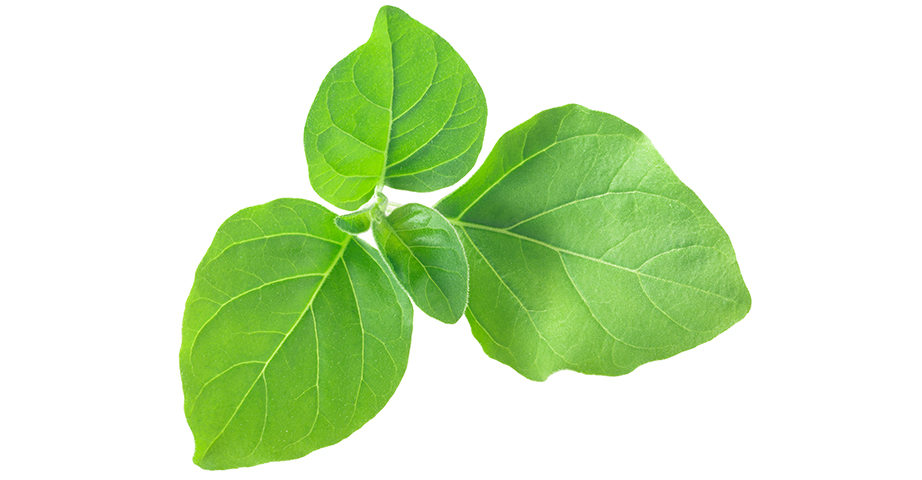 Taking ashwagandha has a beneficial impact on muscle strength, muscle mass growth, body fat loss, as well as reducing muscle damage during training. This property of ashwagandha relates directly to its old, original use - adding strength and increasing vitality. Of course, this is not a 'magical' effect. Training and a correctly chosen diet are still the basis, but ashwagandha is clear support for the body in achieving better bodybuilding and strength results.

Other potential effects of ashwagandha

Scientific studies conducted mainly on animals and some research involving humans indicate that:

How to use ashwagandha?

Ashwagandha is available as ready-to-use tablets or capsules containing extract from the roots and leaves of the plant, or as a powder used to prepare a decoction. Taking ready-made tablets is certainly more convenient and reliable, as the dose always stays the same. By drinking mixtures, an equal dosage of the bioactive compounds is difficult.

When to take ashwagandha? In the morning or at night? It is usually taken twice a day, morning and evening after meals, in equal doses. A typical ashwagandha serving is 300-500 mg of an extract standardised to at least 2.5% withanolides, which means at least 7.5- 12.5 mg of withanolides in a single dosage. Scientific studies show that it is harmless to take much higher doses. However, it is not always more effective.

The ashwagandha supplement should last for 6-8 weeks and be followed by a one month break. An organism stimulated with ashwagandha all the time will not respond to supplementation as well as when taking breaks, which prevents it from getting used to the effects of constant doses of withanolides on the body. At the same time, a month is such a short pause from treatment that the benefits of supplementation continue.

The dosage of ashwagandha depends on the cause and ailment for which it is supplemented. We present the dosages that show effectiveness in scientific research. Remember! Some of them clearly emphasise that further studies are needed to establish whether ashwagandha supplementation is effective for a given problem. The presented dosage caused the desired effect in the group of people involved in the analysis, but often the study groups are too small to relate the results to entire populations. However, scientific publications are a good indicator of effective ashwagandha dosing.

Opinions on ashwagandha may be extremely varied. From those praising its effectiveness to accusations of another marketing trick. What is the reason for this? The main problem with ashwagandha is that some manufacturers and unreliable sources promise miraculous effects of the supplement. Better sleep and learning ability or even curing Hashimoto's disease and cancer. Ashwagandha doesn't have the versatile impact that is promised by some people. This is why forum reviews can often be negative. However, if ashwagandha is used for the problems and ailments, in which its influence is confirmed by scientific research or even gives a promising prognosis, then the reviews are mostly positive. You cannot expect miraculous effects from ashwagandha in areas where the supplement has no right to work.

Before giving an opinion or using a suggestion from a forum, it is worth knowing that ashwagandha works only after 2-3 months of use. You cannot expect results a few days after you start taking the supplement.

The intake of ashwagandha is mainly studied for short periods, usually up to 3 months. According to research, it is safe during this period of application. Currently, there are no studies from which it can be concluded that ashwagandha is also safe during long-term use. It does not mean that it is dangerous, but rather that there is a lack of evidence to support the thesis.

The side effects of taking ashwagandha are related to high doses - several grams per day. Stomach pain, nausea, vomiting and diarrhoea may occur as a result of high-dose supplementation. No other side effects have been reported. Ashwagandha should not be combined with alcohol as it shows similar, but much less mild, effects than liquor.

Ashwagandha is not safe for everyone. The supplement is not recommended for pregnant women, as high doses of ashwagandha can cause miscarriages. Ashwagandha is contraindicated for people with hyperthyroidism and Graves - Basedov disease, as it can cause increased secretion of the T4 hormone.

Contraindications to the use of ashwagandha include: