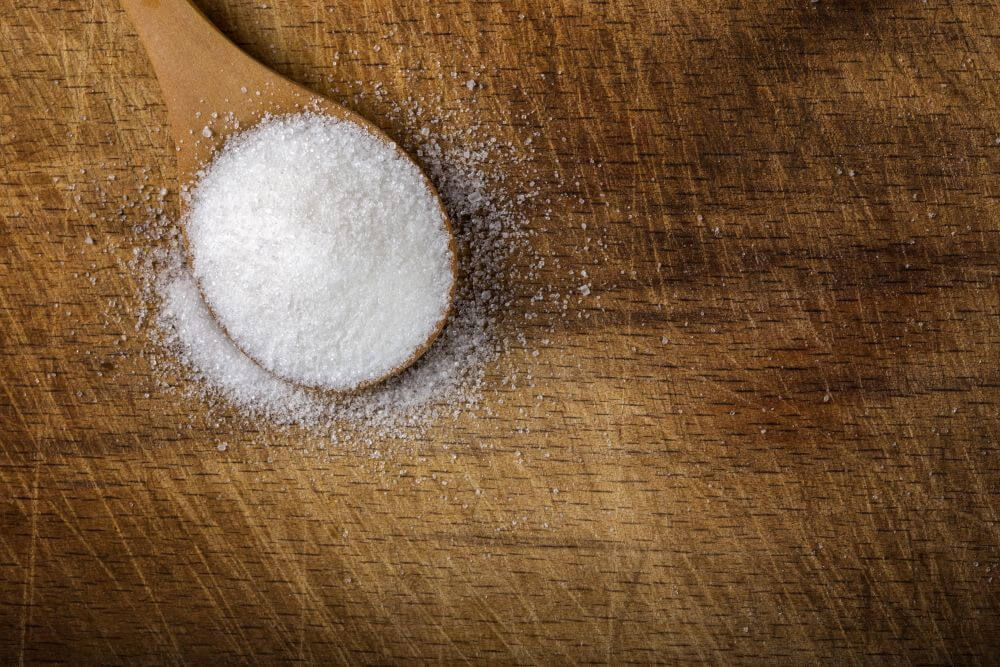 The sweetener erythritol (erythrol, erythritol) belongs to the group of sugar alcohols, making it a great replacement for sugar in the diet. Its sweetness and possibilities of use in the kitchen are very close to table sugar, while at the same time erythrol provides almost no calories, does not contribute to the development of obesity and lifestyle diseases. Moreover, it is an excellent solution for diabetics, since the glycemic index of erythritol is 0.

Erythritol - what is it?

Erythritol is a natural sweetener, a sugar substitute. It is very often found under the names erythrol and erythritol. All three terms refer to one chemical substance - sugar alcohol, a polyol, which belongs to the same class of compounds as xylitol or mannitol. Although the sugar erythritol, as its name suggests, comes from the group of alcohols, it does not cause any effects typically associated with its consumption, as it is metabolised differently in the body. At the same time, although erythritol belongs to a wide group of sugars, apart from its sweet taste, it has little in common with table sugar. What exactly is erythritol? Based on scientific reports, we can say that it is a safe, healthy and low-calorie sugar substitute.

Erythrol - what is it made of?

Erythrol is naturally found in some fruits, such as grapes, peaches and watermelon, as well as mushrooms and fermented products like cheese, soy sauce, beer, sake and wine. However, it is not extracted on a massive scale from natural sources. Where does erythritol come from? It is produced by biotechnological methods. Suitably selected micro-organisms - yeast-like fungi - ferment glucose, which is usually derived from the hydrolysis of corn and wheat. The product of fermentation is erythritol sugar, which is then purified, crystallised and dried.

Erythritol - characteristics and use

At first glance, the sweetener erythrol is very similar to sugar. It has the form of white crystals and is easily soluble in water. However, the taste of erythritol is so unique, that by tasting the sweetener itself, it is very easy to distinguish from table sugar. Erythritol gives a cooling sensation in the mouth, a slight tingling on the tongue and a menthol aftertaste. Nevertheless, if it is added to baked products, for example, the typical sweetener taste is undetectable. The sweetness of erythrol sugar is slightly lower and is around 80% of the sweetness of normal sugar. This means that if you want to achieve the same level of sweetness in the finished dish using erythritol, you need to add 1/5 more. Based on feedback from erythritol users, this sugar substitute is perfect for cold desserts, smoothies and most cakes and cookies. It is resistant to heat, so you can use it in baking with no worries. However, yeast doughs and bread will not grow on it, as the yeast is unable to use erythritol as a nutrient.

Many people with diabetes are looking for sugar substitutes to help them control their blood glucose better. Erythritol for a diabetic is an excellent option as it does not raise glucose levels and only slightly contributes to insulin secretion. Erythritol has a glycaemic index of 0 and an insulin index of 2. This makes it possible to include erythrol sugar in a diabetic's diet, enjoying the sweet taste while significantly reducing carbohydrates. 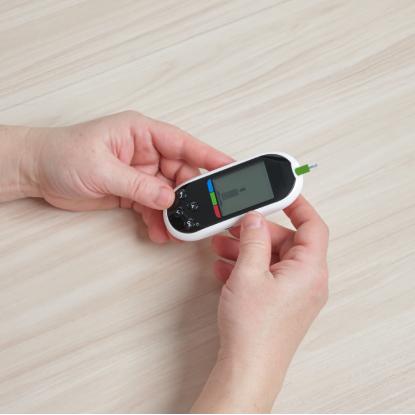 The sugar erythrol is absorbed in the small intestine, in an unchanged form, and then practically all of it (up to 90% of ingested erythrol) is excreted from the body with urine. Since the sweetener erythritol is metabolised in the body in a very low percentage, it has practically zero calories. 1 g of table sugar provides 4 kcal, while 1 g of erythritol sugar provides only 0.2 kcal.

Erythrol - is it healthy?

The answer to the question of whether erythrol is healthy is clear. Yes, the sweetener erythrol is a healthy sugar substitute. This is confirmed by the opinions of major food safety organisations based on scientific analyses. Erythritol not only has no side effects like regular sugar, which include a higher risk of diabetes, obesity, tooth decay and numerous inflammatory diseases, but it has health-promoting properties. How does erythritol sugar affect health?

Erythritol has been used as a sugar substitute since 1990. Japan was the first country to declare it as a safe sweetener. According to current knowledge, erythritol sugar is completely safe for health, and it was allowed as a food additive in the European Union in 2006. Erythritol, unlike other sugar alcohols, does not cause diarrhoea. This is since the sugar erythrol is not fermented in the large intestine in significant quantities. The body's tolerance to erythrol is higher than to other sugar alcohols. Users in studies have reported only nausea as a result of consuming more than 50 g, or about 10 teaspoons, of erythritol.