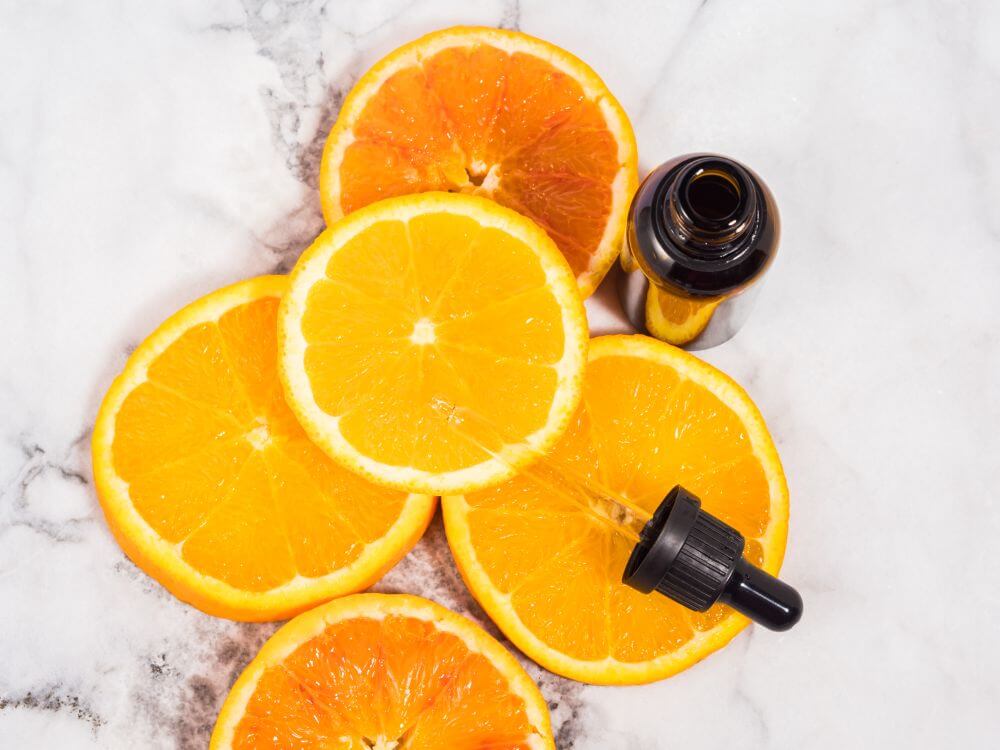 Vitamin C is an antioxidant vitamin. Although it is present in fruit and vegetables, it is not found in lemons, but mainly in parsley and peppers. What should be the daily dose of vitamin C? What are the symptoms of its deficiency? What is its role during a cold? Does ascorbic acid prevent cancer?

Vitamin C - role and functions in the organism

Vitamin C, or ascorbic acid (more precisely L(+)-ascorbic acid), belongs to the group of antioxidants, the so-called vitamins of youth. Supplementation with ascorbic acid is common. It is good to know that all industrially manufactured preparations contain L-ascorbic acid, the biologically active form of vitamin C. D-ascorbic acid, which has no vitamin C activity, is not an ingredient in dietary supplements.

The effects of vitamin C are very versatile. As an antioxidant, it protects elements of cells prone to oxidation, such as proteins, DNA, and cell membrane lipids, from damage, and regenerates other antioxidants, allowing them to continue their beneficial activities in the body. An adequate dose of vitamin C is essential for the synthesis of collagen, some neurotransmitters and steroid hormones. It participates in immune system reactions, increases the absorption of calcium as well as non-haem iron (derived from plants) from food, and reduces the risk of stomach cancer by blocking the formation of nitrosamines.

Deficiencies of vitamin C lead to a weakness of the organism, increased risk of upper respiratory infections, fatigue, decreased physical performance, problems with the skin and joint condition due to reduced collagen production, anaemia because of low iron absorption, problems with wound healing and bleeding gums. Deeper deficiencies lead to scurvy. It is also suggested that vitamin C deficit increases the risk of cancer.

The need for vitamin C depends on age, gender and physiological state. The required dose increases with age and is higher among men than women. Periods of increased demand for l-ascorbic acid include pregnancy, lactation, smoking, diseases such as hypertension, type 1 and 2 diabetes.

The recommended daily dose of vit C is:

The dosage of vitamin C should also be increased in the case of frequent infections of the upper respiratory tract or colds, feelings of weakness, bleeding gums and the presence of varicose veins. A supplement providing an adequate daily dose of vitamin C is the easiest way to meet the body's increased demand for ascorbic acid.

Can you overdose on vitamin C?

Vitamin C is absorbed in the small intestine in 70-80%. It is not stored in the body, so unused amounts are excreted quickly. Therefore, there is no risk of an overdose of L-ascorbic acid even with a daily intake of 1000 mg of vitamin C.

Vitamin C and the common cold

The most frequently discussed issue is the effect of vitamin C during a cold. The results of scientific research carried out over the years are unclear and indicate that vitamin C may only slightly shorten the length of infection (from 8 to 14%). However, the role of ascorbic acid in boosting immunity is huge, and inadequate intake has been linked to more frequent colds. Studies show that people who take prophylactic vitamin C in doses of 250 to 1,000 mg daily get sick 50% less often.

Epidemiological studies suggest that a diet rich in fruit and vegetables reduces the risk of cancer by providing adequate quantities of vitamin C. Ascorbic acid inhibits the formation of certain carcinogens in the body, modulates the response of the immune system, reduces low-grade inflammation and DNA damage that can lead to cancer. It has been found that people with cancer have lower serum levels of vitamin C than healthy people. Most clinical studies have shown an opposite association between dietary vitamin C intake and cancers of the lung, breast, colon, stomach, mouth, larynx and oesophagus. The issue requires much more detailed research, but the suggested dose of vitamin C for cancer prevention is at least 200 mg daily.

When can vitamin C help?

Based on initial scientific research, it is suggested that ascorbic acid may: 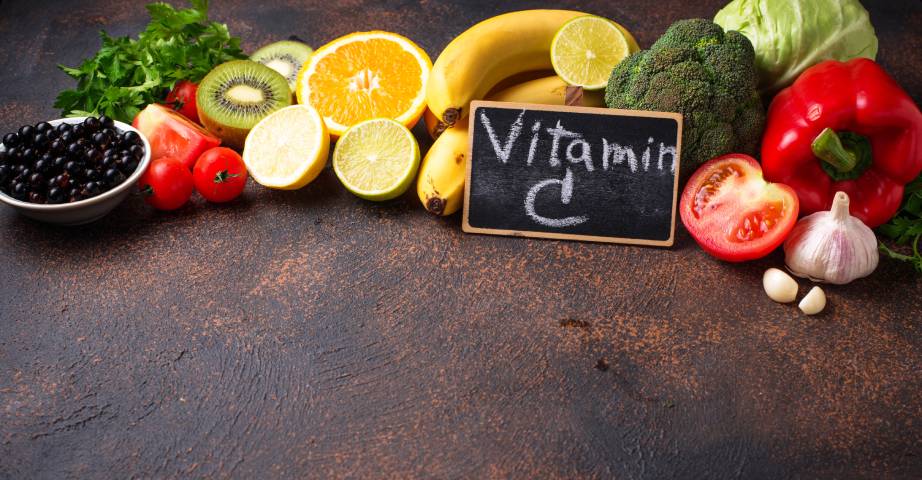 Ascorbic acid - what dose is present in food?

How to reduce vitamin C loss during cooking?

A diet that provides five portions of vegetables and fruit every day covers the body's requirement for l-ascorbic acid recommended by the nutrition standards of the Polish population. Vegetables and fruit should be consumed raw and freshly after preparation, as vitamin C is very perishable and not very resistant to high temperatures. Fruits and vegetables should be eaten immediately after cutting or blending into a cocktail, to avoid oxidation. Products that are supposed to provide an adequate dose of ascorbic acid should only be blanched and not cooked for a long time. This helps to reduce losses due to the breakdown of vitamin C at heat and its transfer to the water in which the food is cooked. Steaming and microwave use are recommended. These processing methods preserve more vitamin C in the food than classical cooking.

If your diet is poor in raw fruit and vegetables, it is worth considering supplementation to cover your daily requirement of vitamin C.