Magnesium - is diet a sufficient source of magnesium? 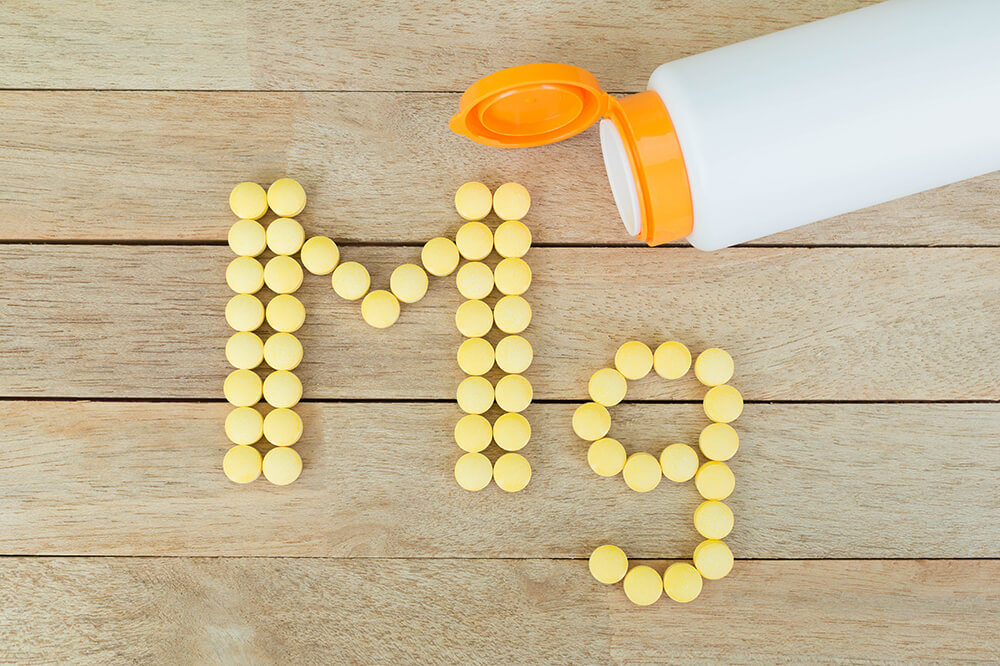 Food is the best source of magnesium, as it is much better absorbed than from dietary supplements. Yet research results are worrying! Even 80% of the Polish population may have a magnesium deficiency, which shows that often food-based sources are not enough. What products are rich in magnesium? How do I choose the best magnesium supplement??

Products rich in magnesium - why should we consume them?

Why is it important to eat products rich in magnesium? Magnesium is one of the most important minerals for the human body, an activator of hundreds of enzymes, a cation necessary for proper muscle contractility, including the heart, conduction of nerve impulses, formation of proteins, and blood clotting. Magnesium is responsible for bone mineralization, thermoregulation processes, and its deficiency is significant in the presence of hypertension. The human body stores an average of 22 to 26 g of magnesium, mainly in bones, muscles and the nervous system.

The most appropriate source of magnesium is food. The body absorbs magnesium much better with animal protein and in the form of organic salts. The magnesium in food is organic salt, opposite to inorganic salt, found in rocks, seashells or animal shells.

Magnesium is absorbed from food in about 50%. When the body is deficient, its absorption increases to 80%. Although magnesium in food is quite common, in Poland we often experience an insufficient intake of it in the usual diet, which lacks products rich in magnesium. How much should be taken daily? The requirement for magnesium among women is 320 mg/day and among men 420 mg/day. It increases during pregnancy, with regular physical activity and during periods of increased stress. However, natural sources of magnesium provide an average of 320 mg per day in men's diets and 255 mg in women's diets. .

Sources of magnesium are mainly cereal products (bread, groats, oat and rye flakes, rice, pasta, etc.). Low-processed cereal products, i.e. wholemeal, unpurified cereals, contain more magnesium than white cereals. At the same time, phytates are present in them, which reduce the absorption of magnesium. Products rich in magnesium are also pumpkin and sunflower seeds, pulses, nuts, cocoa, dark chocolate, yellow cheese, avocado, fish and bananas. Magnesium is a component of chlorophyll, so it can be found in green vegetables. Magnesium-rich vegetables are spinach, kale, potatoes, dill, arugula, parsley, botanicals, broccoli, cabbage and turnips. What else has a lot of magnesium? Hard tap water and some mineral waters.

The U.S. Food and Drug Administration reports that magnesium in daily food comes from vegetables, fruits, grains and nuts in 45% as well as from dairy, meat and eggs in 29%. A well-composed diet based on general dietary recommendations contains everything high in magnesium. However, many people eliminate products rich in magnesium from their meals - green vegetables, nuts, wholemeal bread, groats, or carbohydrates in general, such as on ketogenic or LCHF diet. To provide a daily dose of magnesium, it is necessary to eat products containing it in a varied and regular manner. In the case of people who have been diagnosed with deficiencies of this element, it is advisable to focus on choosing products that have a particularly high magnesium content. Magnesium in food is also very important for people who are physically active, experience a lot of stress or perform demanding intellectual tasks. Their need for magnesium is higher than in the general population. 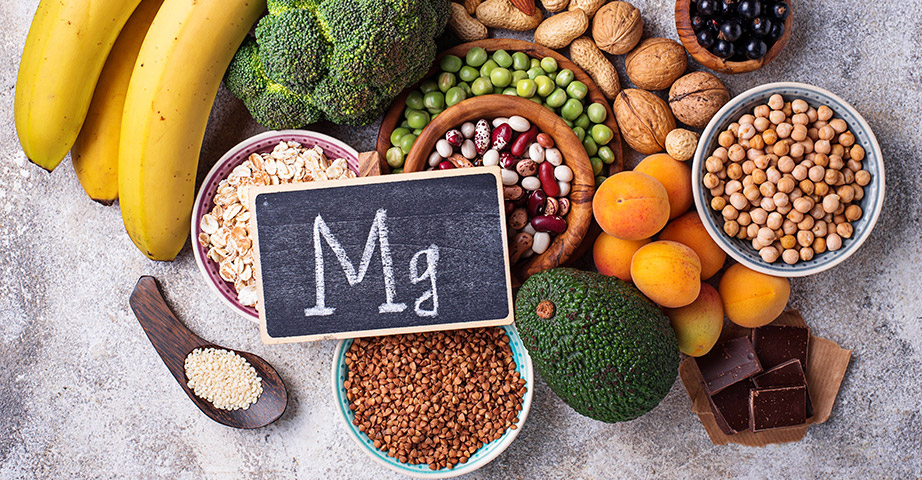 What contains magnesium in the highest amounts?

Which magnesium is the best?

Research on the Polish population shows that over 90% of men and almost 70% of women do not consume adequate amounts of magnesium. The elderly and young women are especially at risk of deficiencies. It is worth remembering that the best source of magnesium is a well-composed diet. However, if we are not able to provide ourselves with enough magnesium-rich products, or if our medical history and research show that we are deficient in it, we should rely on a supplement containing the best magnesium - the best absorbed and in the right dose. Which magnesium to choose? The absorption of magnesium depends primarily on two factors: the solubility of magnesium salts and the form of its occurrence - organic or inorganic. The best magnesium is the one that has high solubility and, at the same time, is present in the form of organic salt. Organic salts of magnesium available on the market include magnesium citrate, lactate, gluconate and aspartate. Inorganic salts, on the other hand, are magnesium chloride, magnesium carbonate and magnesium oxide. Magnesium oxide is very popular in cheap dietary supplements, and there is usually plenty of it in a single tablet. Unfortunately, taking such a source of magnesium will not bring any benefits, because of its very low solubility and inorganic form, magnesium from the oxide is absorbed into the body in only 3-4%. 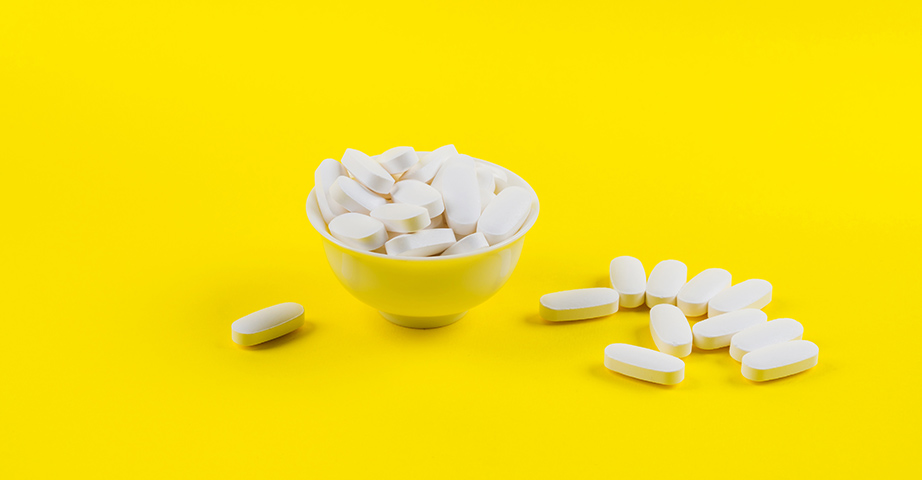 Magnesium chloride is characterised by having the highest solubility while in the second place is citrate. As it is an organic salt, the assimilability of magnesium from this is higher than from chloride. The best magnesium is considered to be magnesium citrate, followed by gluconate, lactate and chloride. The decision on which magnesium to choose should also be influenced by the amount of it per tablet. Ideally, a single tablet should contain a daily dose of magnesium in its best-absorbed form - magnesium citrate alone or its combination with other highly absorbable salts. The best magnesium is not allowed to contain magnesium oxide.

When is it worth taking magnesium with potassium?

According to studies, magnesium deficiency in the body leads to increased potassium loss, which contributes to potassium deficiency and electrolyte imbalance. Consequently, if you have problems with the daily intake of magnesium, it is worth considering simultaneous potassium supplementation. These two elements are especially recommended for people with cardiovascular diseases, hypertension, muscle cramps, poor bone mineralisation, osteomalacia, osteoporosis, as well as those who are physically active, exposed to stress and feel constant fatigue.