Casein - what should you know about it? 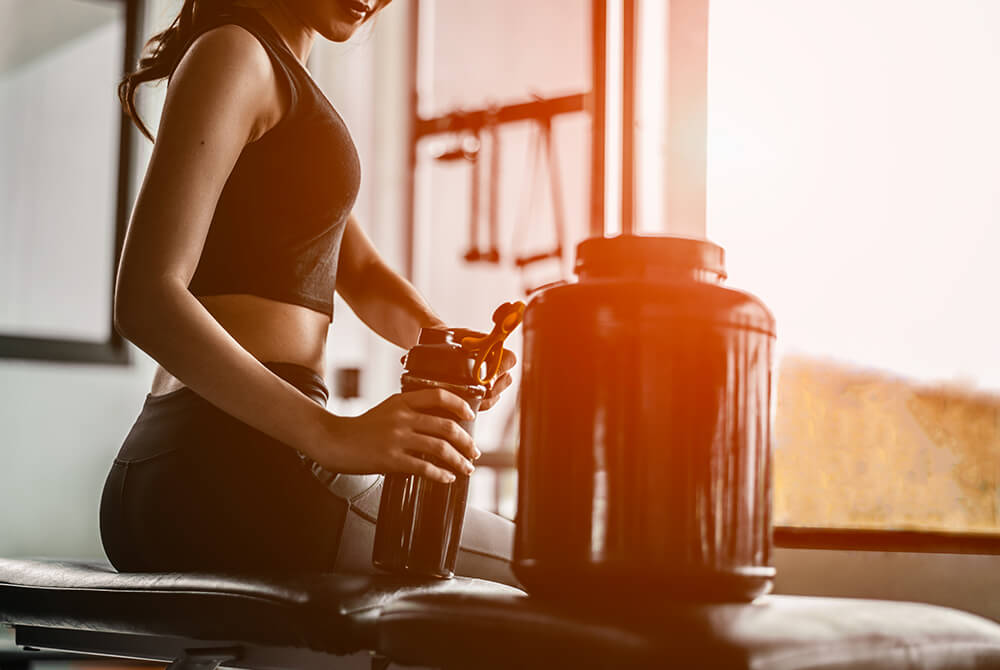 Casein makes up around 80% of all milk proteins. Milk owes its white colour to casein, as cottage cheese, yellow cheese and cream are produced from casein clots. Casein is a nutritionally rich protein and a powerful allergen. How common is an allergy to casein? Why are protein supplements with casein used by athletes and why its presence in a food product is not a good sign?

Casein is the milk protein that gives it its white colour. It is a complete protein, which means that it contains all the essential amino acids that the human body does not produce and must be provided in the diet. Casein makes up 80% of all the proteins in milk, while the remaining 20% are whey proteins.

Casein forms clots. This is how cheese is made, for example. When cottage cheese is manufactured, casein is the main product and whey is the remaining liquid. Whey is also separated from the casein in cream or natural yoghurt. Sometimes it can be seen as a small amount of yellowish liquid on the surface of a creamy mass.

Where is casein used?

Casein is obtained from pasteurised skimmed milk. One way of using it is the production of dietary supplements, especially protein products.. The other is the production of caseinates, which have a wide range of applications in the food industry, where they are used as gelling, emulsifying, fat binding and foaming agents. Caseinates are used in confectionery, bakery and meat processing. While casein itself is a nutritionally valuable ingredient, processed foods with its addition are often characterized by poor quality and composition, which the presence of casein is supposed to mask.. It is perfectly illustrated by the use of casein in the meat industry, where it can replace even 30% of the meat in a product, without affecting its taste and texture. This is undoubtedly an advantage for the producer, as it reduces costs. But for the consumer? It is doubtful that anyone would buy a sausage for its high milk protein content.

Allergy to casein and other milk proteins is very common among young children. It is estimated that up to 8% of children under 3 years of age suffer from this condition.. Cow's milk is the first allergenic product introduced into a child's diet at a time when the immune system is still immature, resulting in such a high percentage of allergic reactions. Breast milk does not contain an equivalent of animal αS1-casein, which may be the main reason for the high allergenicity of this protein and the development of allergy to cow's milk. In addition, casein is very heat stable and does not break down at high temperatures. Therefore, boiling milk does not help to reduce the allergic reaction to casein.

The majority of children develop a spontaneous allergy to milk between the age of two and five, as their tolerance increases and their immune system matures. Until this time, it is important to watch how your child reacts after eating milk and milk products, as well as other foods containing casein, as symptoms of allergy to this protein can occur even after consuming very small amounts of it. Casein is present not only in milk and all its products (cheese, yoghurt, butter, puddings, dairy desserts, ice cream), but it is also found in chocolate, various sweets, and can be an additional ingredient in the manufacture of crisps, processed meat products, powdered sauces, ready meals, powdered cakes and creams, as well as other processed foods, or even bread! Therefore, if you have a child at home who is allergic to casein, always read the labels and check the ingredients lists of products whenever you go shopping.

The allergic reaction to casein is very intense and occurs from a few minutes to an hour after consumption of a product containing it. The allergy manifests itself in reactions from the gastrointestinal tract (vomiting, flatulence, abdominal pain, diarrhoea, constipation), the respiratory system (coughing, runny nose, sneezing, breathing difficulties) and the skin (rash, hives, itching).

Casein is a very popular protein supplement, alongside whey. It is usually found in the form of micellar casein. What makes casein different from whey protein? Casein is a slow-digesting protein. Its digestion and absorption is twice as slow as that of whey proteins. Why does this happen? In the acid environment of the stomach, casein forms gel clots, which are difficult for digestive enzymes to penetrate. Therefore, the digestion of casein is slow.

Casein-based supplements incorporated into your pre-workout and post-workout meals are just as effective at promoting muscle mass building as whey-based supplements. So is there a difference between casein protein and whey protein?

Casein is rarely discussed in the context of a chemical compound with health benefits. However, it turns out that casein is not only source of amino acids for the body, a building block of other proteins, including muscle. Preliminary scientific studies show that: 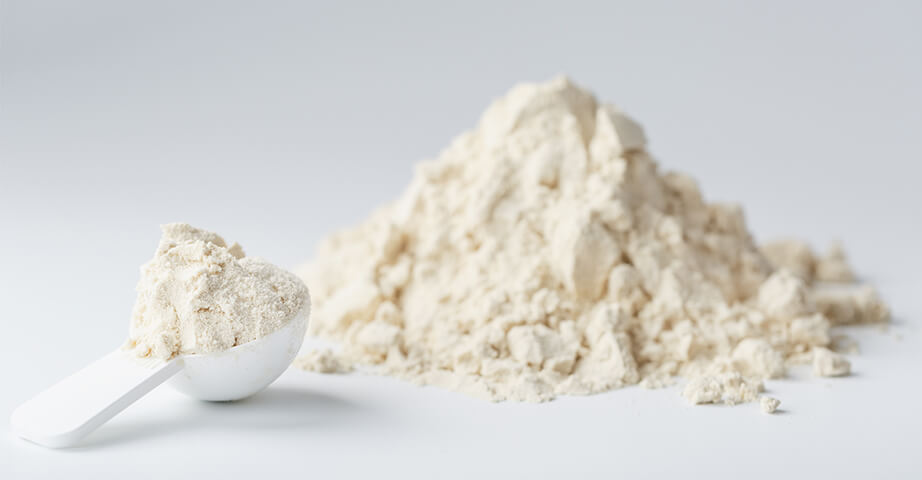 How to use casein?

Micellar casein is available in the form of a powder. It is easiest to mix it with water, milk or add it to a shake and consume as a drink. However, you should know that casein is difficult to mix with water, forms lumps and gels. Mixing it alone in a shaker may not be enough to get a smooth shake. It is best to mix casein powder with liquid (and additionally, for example, with fruit or peanut butter) in a blender. The amount of casein should be adjusted to your own needs, but 20-40 g of protein is usually recommended in meals before or after exercise, as well as a snack before bedtime. This portion of casein should be mixed with at least a glass of liquid (250 ml). Otherwise, the resulting drink may be too thick and unpleasant to drink.