Chromium - a controversial trace element. What do we know about its role in the body? 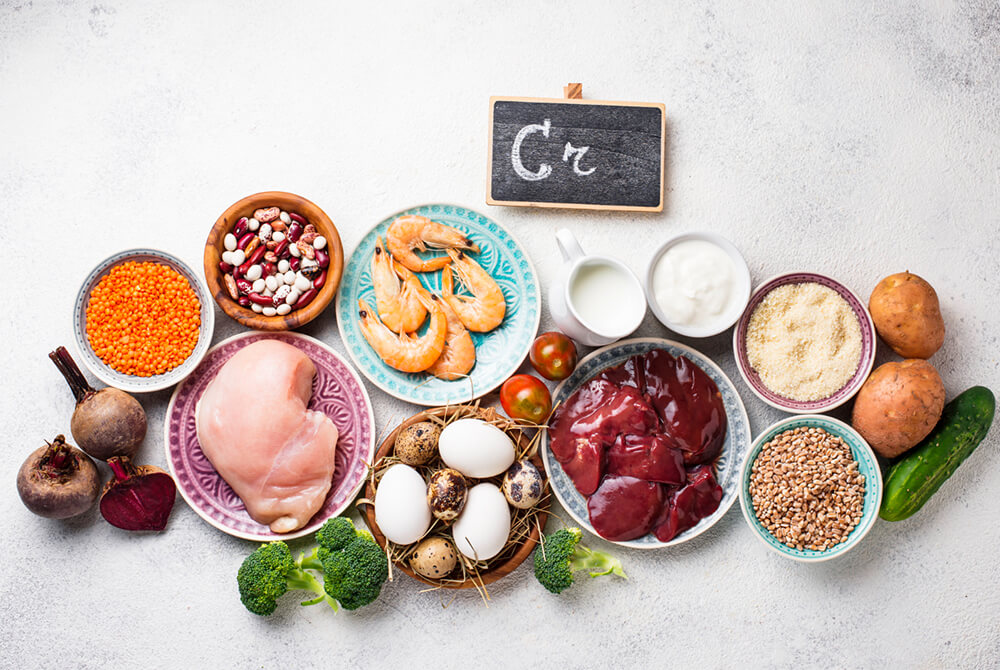 The role of chromium in the human body is the subject of many debates. Scientists do not all agree on whether it is an essential element, although it has been established that chromium is involved in several important life processes and may also help to treat diabetes. Chromium is primarily known as a weight loss supplement, but does chromium actually support weight loss?

Chromium in nature and the human body

Chromium is a chemical element with the symbol Cr. It is unique because it forms numerous colourful compounds. In nature, chromium usually occurs in two varieties - in the third oxidation state (+3) and the sixth oxidation state (+6). Chromium (+3) is a trace element included in the human body and food products, while chromium (+6) is a toxin formed as a by-product of, for example, the production of stainless steel.

Chromium in the human body is mainly stored in the kidneys, spleen, testes, soft tissues, bones and blood, where it binds to proteins, mainly transferrin.

There is continuing debate among scientists and doctors about whether chromium is an essential element. Some evidence indicates that eliminating chromium from the diet does not cause any changes in body function. There are indications that this trace element plays an essential role, but according to the European perspective, chromium has a pharmacological effect, influencing metabolic processes rather than preventing or disrupting them in states of deficiency. On the other hand, there is certainly no analytical method commonly used worldwide to determine the level of chromium in the body and the standards for its content. Analytical tests check chromium levels in urine, hair or blood plasma, but none of these methods has been validated, i.e. universally recognised as correct, accurate and effective.

Chromium tablets are available as an ingredient in multivitamins and as a supplement providing chromium alone. The dosage of chromium in multivitamin tablets is much lower than in single-ingredient products. Chromium supplements contain different forms of chromium. The most common is chromium picolinate, but also chromium nicotinate, chromium polynicotinate, chromium chloride and chromium histidinate. All forms, except chloride, are organic forms of chromium. In general, organic forms of minerals are considered to be more easily absorbed by the human body. The chromium absorbtion from picolinate is estimated to be 1.2% and 0.4% from chloride. The bioavailability of chromium from supplements is very similar to that from food.

In excess, chromium may be toxic. It is a transitional element that easily changes oxidation degrees, and its safety for health or toxicity depends precisely on the degree of oxidation. Chromium (+6) is carcinogenic, but it is not the one found in tablets. Chromium (+3) from food products and supplements is generally safe for health but taken in excess, it can react by converting it into chromium (+2) and releasing hydrogen peroxide or hydroxyl radical. These are powerful antioxidants responsible for long-term damage to proteins as well as other cellular structures and the induction of inflammation.

Rational chromium supplementation in established chromium deficiencies or chromium-deficient diets does not cause any health risks. However, overconsumption of chromium tablets and self-determination of dosage can be dangerous.


The body's requirement for chromium

Polish dietary standards have not been established and do not specify the body's requirement for chromium. According to American data, the amount of chromium needed increases with age. For women aged 19-50 years, the adequate daily intake (ADI) of chromium is 25 μg and 35 μg for men. A daily safe dose of chromium is considered to be 50-200 μg. Due to the very low requirement of the body, chromium deficiencies are practically non-existent. According to a study of the Polish population, chromium intake among women is on average 81 μg per day and 111 μg among men. The demand for chromium may increase under conditions of physiological and pathological stress, e.g. as a result of fatigue, illness, pregnancy, food shortage, trauma, emotional stress, and intensive physical exercise. It leads to increased urinary excretion of chromium.

On the one hand, the properties of chromium and its role in the body are well-known, but on the other hand, they are still a topic of debate among scientists. It is still not entirely clear to what extent chromium is needed by humans, although some of its properties seem to be unquestionably confirmed. What is known about the role of chromium in the human body?

Chromium - effects of deficiency and excess

Chromium deficiency in the body is difficult to analyse and consequently to diagnose. There are no validated laboratory methods that can assess chromium levels in the body and create standards that provide a reference point for diagnosis. The most commonly used method is the blood chromium level test, but the scientific community does not agree on the analytical value of this method.

Chromium excess is allergenic and toxic to humans. It manifests as skin inflammation, the occurrence of gastric and duodenal ulcers, liver and kidney disorders as well as abnormal insulin action.. Long-term exposure to chromium in excess may lead to cancer. 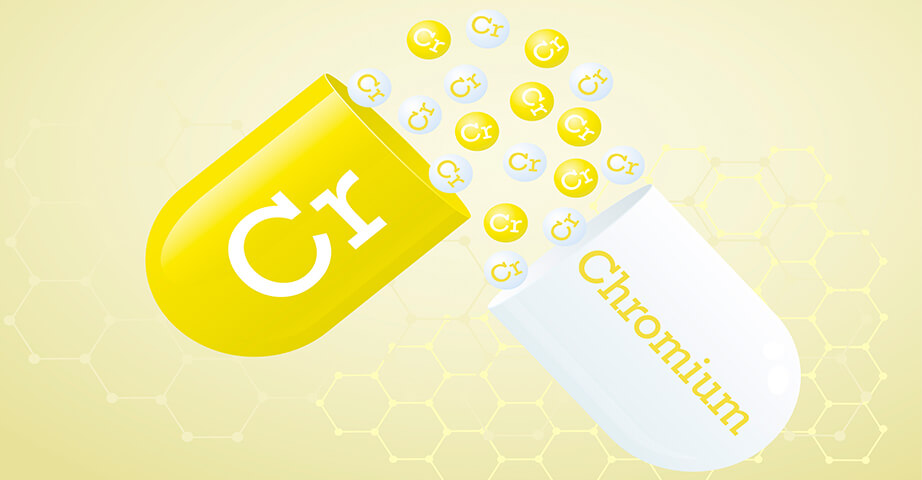 In the context of chromium's effects on health, its role in diabetes is particularly under discussion. It must be emphasised that the importance of chromium in carbohydrate metabolism is high, but it seems that taking chromium supplements in diabetes is only effective if the body is deficient in this element. Other literature reports the use of chromium in diabetic patients in higher doses, pharmacological rather than dietary.

The effects of chromium have been shown to involve, among other things, facilitating the binding of insulin to insulin receptors on the cell surface, increasing their number and facilitating their activation. In some patients with type 2 diabetes, chromium intake results in lower fasting glycaemia, lower blood insulin levels and improved glucose tolerance, i.e. the ability to metabolise glucose for energy and effectively restore basal blood levels. Chromium forms the so-called GTF (Glucose Tolerance Factor; it is a combination of the trivalent chromium nicotinic acid with glutamic acid, glycine and cysteine), which improves the glucose tolerance of tissues by, among other things, making them more sensitive to insulin.