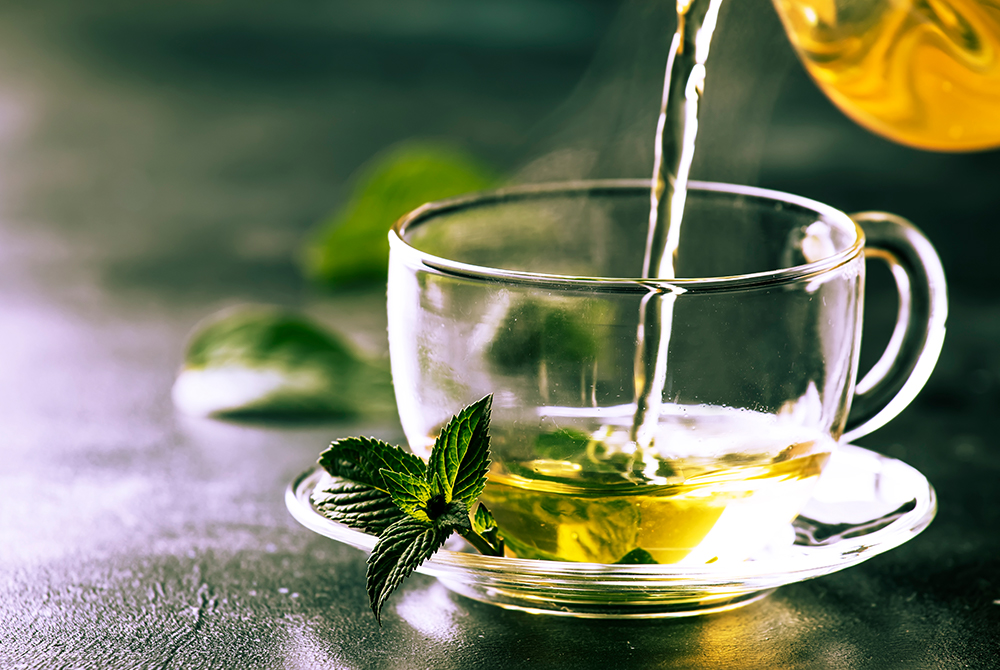 Green tea, a traditional ingredient of Chinese medicine sometimes described as the "elixir of youth", is characterised by numerous health benefits which have been proven by scientific research. Drinking green tea to stay healthy should become a daily habit. Why? What does it help? Does it have anti-cancer features? Does green tea have slimming properties?

What should you know about green tea?

It is made from the leaves of the tea plant - Camellia sinensis, which is grown in more than 30 countries in tropical and subtropical regions, mainly in South East Asia. It is one of the most popular drinks all over the world.. In many communities, the most popular drink is water, followed by green tea. Although the Poles are the 9th biggest tea-drinking nation in the world (more than even the Chinese and the Japanese!), only 8% of purchased tea in Poland is green tea.

All types of tea (white, green, red and black) are made from the leaves of the same plant. However, they are processed differently. Green tea is produced from mature leaves that undergo a drying process, not fermentation (contrary to fermented red and black teas). This is largely responsible for its benefits and health-promoting effects.

Green tea is available to buy in several forms - in whole leaves or pieces, in leaves rolled into tiny balls ( it is not granulated tea) and in powder. A special type of green tea is powdered intense green matcha, which has an important place in Japanese culture.

Green tea has been attributed with numerous health-promoting properties. It is an important raw material in traditional Chinese and Indian medicine, where it has been used as a broadly effective substance with numerous benefits. According to Chinese medicine, green tea helps reduce bleeding and accelerate wound healing, improves digestion, has a positive effect on heart function and prevents cognitive decline with age. Green tea is also called the "elixir of life" due to the average life expectancy of the Japanese, as it is their staple beverage and drinking green tea is a daily routine.

In fact, green tea has a high health-promoting potential, which is confirmed by scientific studies. The properties of green tea are mainly caused by the presence of antioxidants. Green tea contains many more antioxidants than black tea because it is not fermented, and the concentration of these health-promoting substances in its leaves is truly impressive. Flavonoids represent 30% of the dry weight of green tea leaves. The most important bioactive components mainly responsible for the effects of green tea are catechins:

The strongest biological action of all has EGCG, and it is the substance that has been the subject of the most scientific research in high concentrations. Other bioactive components of green tea that also contribute to its healing properties are carotenoids, tocopherols, vitamin C and the minerals - chromium, magnesium, selenium and zinc. Apart from its health benefits, green tea also has a stimulating effect similar to coffee. It contains caffeine, but in smaller amounts than in coffee. One glass of green tea (200 ml) provides from 20 to 45 mg of caffeine.

What does green tea help?

The characteristics of green tea are based on its antioxidant effect, i.e. the deactivation of reactive oxygen species produced inside the body's cells as well as those penetrating the body from the external environment. Reactive oxygen species can damage DNA, RNA, as well as oxidise proteins (enzymes, histones), lipids and trigger the death of cells. Thanks to its high antioxidant potential, green tea inhibits all these processes. What does green tea help? 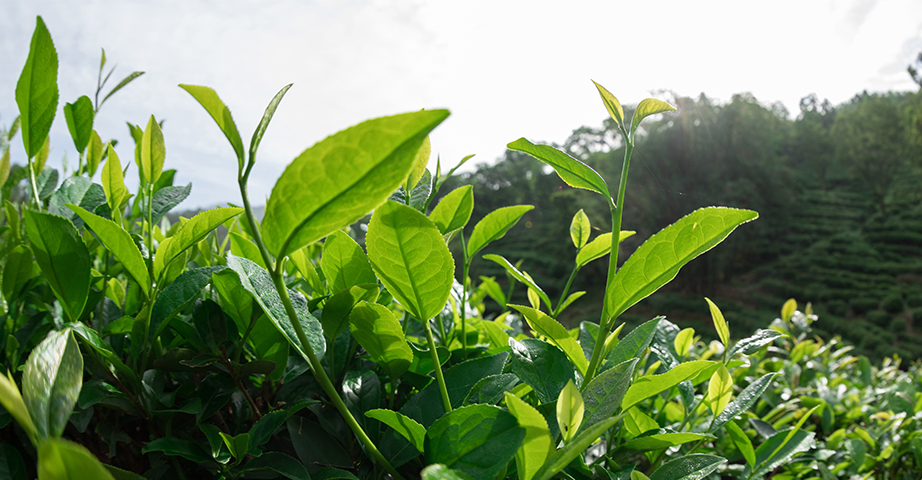 Green tea has been shown to lower blood pressure among people with untreated hypertension, those taking blood pressure regulating medication and those without hypertension. Its dietary intake is associated with a lower risk of hypertension, as proven by large epidemiological studies. Drinking green tea regularly lowers systolic and diastolic blood pressure, but it also has positive effects on other aspects of cardiovascular health:

Green tea is a valuable component in the diet of all people with heart problems, hypertension and at risk of these diseases. According to studies, the minimum recommended dose of green tea is 3 cups per day, and the higher the intake, the greater the benefits for cardiovascular health.

Green tea has antidiabetic effects due to its antioxidant and anti-inflammatory properties. Green tea does not seem to have a direct impact on lowering blood glucose levels but may support the effects of antidiabetic drugs. Researches suggest that green tea extracts regulate the secretion of insulin and incretins in response to a meal consumed.

According to a long-term observational study involving Europeans, consumption of at least 3 cups of tea per day (600 ml) reduces the risk of diabetes by 16%. 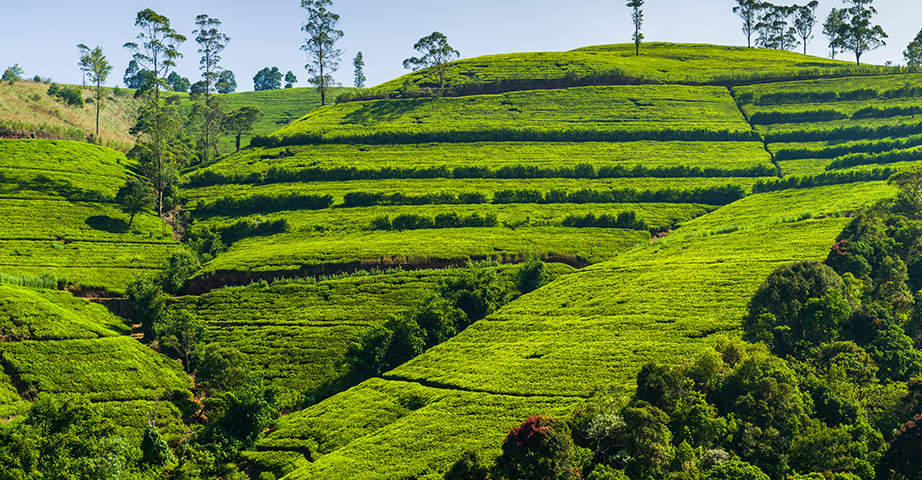 One of the elements for cancer prevention is lifestyle and diet. A diet rich in antioxidants reduces the risk of cancer as it has an anti-inflammatory effect, preventing changes at a cellular level. Without a doubt, one of the best dietary sources of antioxidants is green tea. Including it in a daily diet can help protect you from cancer. Large observational studies have shown that green tea consumption is associated with cancer risk. The higher the tea intake, the lower the risk of breast, colorectal, oesophageal, stomach, lung, ovarian, pancreatic and prostate cancer. Researchers also alert that drinking green tea infusions or taking extracts rich in various tea components is more effective in preventing cancer than using EGCG alone.

Green tea extracts and EGCG isolated from green tea are investigated as therapeutic substances for cancer. The mechanisms of anticancer action of green tea are very broad. Modern science is focused on finding effective cancer therapy with the active components of green tea.

Green tea is commonly included in diets as a drink to support weight loss. It is worth noting that, even if green tea helps you lose weight at all, it has weight loss-promoting benefits, it is not the supplement that will make you slim on its own. Simply drinking green tea without generating the energy deficit needed to lose weight, will not help. What does scientific research say about the role of green tea in weight loss?

In a randomised 12-week study, it was shown that women with abdominal obesity, taking high doses of EGCG (857 mg daily) resulted in a noticeable decrease in body weight. No weight-loss effect was found with 360 mg of EGCG per day.