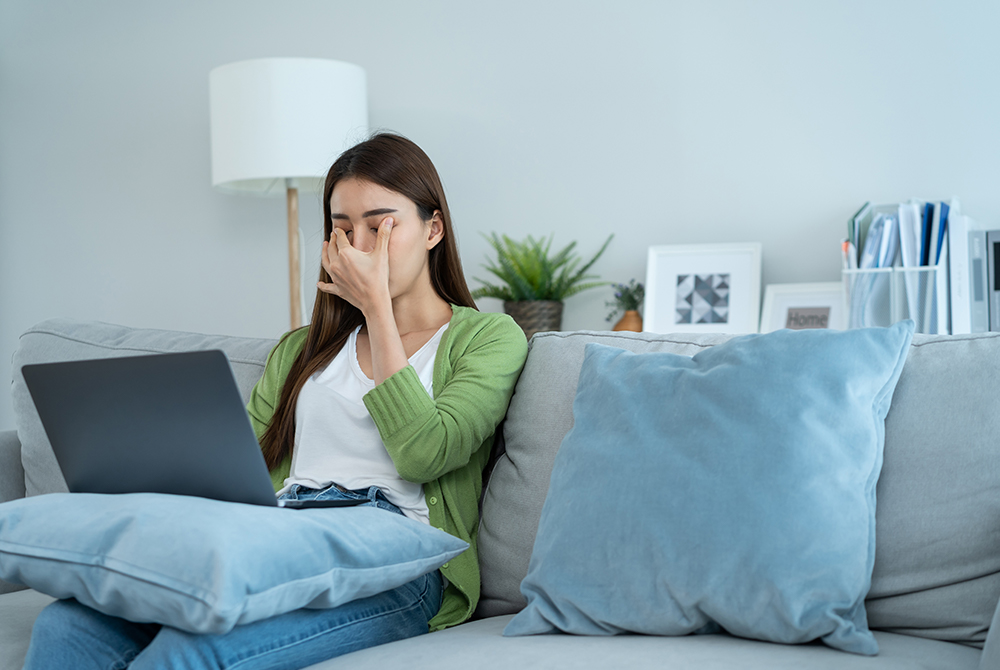 Lutein is a carotenoid known as the "vitamin for the eyes". Although lutein is not a vitamin, proper vision and eye health are impossible without it. How does lutein affect vision? What other health-promoting effects can it have? Is lutein found in food? What is the difference between a lutein supplement for the eyes and lutein used to trigger menstruation?

Lutein belongs to the carotenoid group, just like beta-carotene and other vitamin A precursors. The carotenoids in food are responsible for its colour - red, orange and yellow. Many people call lutein a vitamin for the eyes. By itself, it is not a vitamin but has great importance for human health. Lutein is concentrated at high levels in the eye. The action of lutein is based on its strong antioxidant properties, scavenging free radicals, reducing the production of reactive oxygen species and reducing oxidative stress. Lutein also has anti-inflammatory effects. It inhibits the cascade of pro-inflammatory cytokines and the transcription of the pro-inflammatory tumour necrosis factor NF-κB. In addition, lutein has the ability to filter blue light, which prevents light phototoxicity. Nowadays, the organ of sight is constantly exposed to blue radiation - from smartphone screens, computers or TV sets. Lutein can play a very important role in preventing damage to the eyes caused by excessive exposure to blue light.

Lutein as an antioxidant may be important not only for the eyes, but also in preventing heart disease and cancer, which are inflammatory illnesses.

Lutein for the eyes

Lutein is important for healthy vision and eyesight. It is also good to mention zeaxanthin - another carotenoid with a structure almost identical to lutein, which together are responsible for the proper functioning of the eyes. Lutein and zeaxanthin are the only food carotenoids present in the retina. They are concentrated mainly in the macular area, which is located at the back of the eye and is essential for central vision. Its name is related to the pigmentation derived from lutein and zeaxanthin. Lutein has many physiological actions on the eyes - without it, healthy vision is impossible.

Lutein can affect the eyes and vision in the following ways:

Effects of lutein in eye diseases

In addition to lutein's effect on healthy visual function, it may also have a restorative effect on the eyes. Scientific studies suggest that lutein may slow the progression of age-related macular degeneration. This illness is the leading cause of vision loss in developed countries, and lutein may protect against the progression of late-stage macular degeneration leading to blindness.

A common problem of old age is a cataract, the occurrence of cloudy spots on the eye lens. Studies show that people whose diet is low in lutein are more likely to develop cataracts. However, it is not clear whether taking lutein for already existing cataracts has a beneficial effect.

With dry eye disease (dry eye syndrome), the eyes do not produce enough moisturising film to cover the entire surface of the eyeball. It can cause redness, itching, burning, temporary blurring of vision and a feeling of sand in the eyes. Lutein can help to reduce these symptoms. 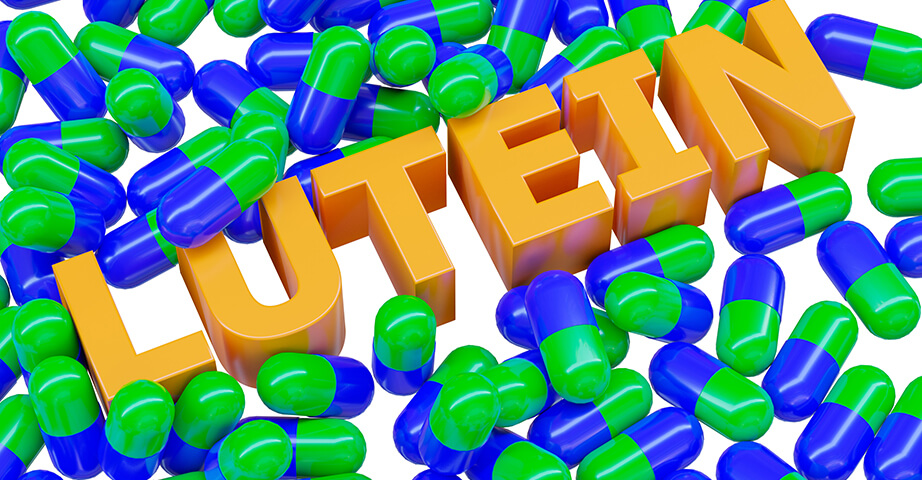 Other effects of lutein

Lutein is best known and best studied for its effects on vision and eye health. However, this is not its only function.

Studies have shown that a higher dietary intake of lutein and its higher concentration in the blood is associated with a reduced risk of heart attack and stroke. Such an effect is justified by the antioxidant properties of lutein.

Two major carotenoids found in human milk are lutein and zeaxanthin. These molecules are crucial for the visual and cognitive development of infants. Feeding with human milk rather than modified milk leads to higher concentrations of lutein and zeaxanthin in the blood. One of the studies showed that lutein and zeaxanthin concentrations combined increased from 48 µg/l at birth to 96 µg/l after one month in breastfed infants. On the other hand, it decreased from 49 µg/l to 33 µg/l in infants fed with non-lutein-enriched modified milk. Lutein and zeaxanthin are the predominant carotenoids found in the infant's brain, representing approximately 66-77% of the total carotenoid level in the brain. If the infant is not breastfed, it is a good idea to ensure an adequate supply of lutein from dietary supplements.

Lutein used to induce menstruation is a different preparation from lutein in the form of food supplements. Lutein prescribed to women for triggering menstruation is a medicine and can only be prescribed by a doctor. This lutein is available as tablets or vaginal globules.

Lutein sold as a medicine is a synthetic equivalent of a hormone called progesterone. Progesterone is a hormone of the corpus luteum that has vital functions in the female body. It is responsible for ovulation, implantation of the foetus and maintenance of the pregnancy until the placenta develops. Progesterone deficiency leads to excessive growth of the endometrium, disturbances of the menstrual cycle, lack of menstruation, irregular bleeding, premenstrual syndrome and painful menstruation. Therefore, doctors prescribe lutein to trigger menstruation. It is believed that vaginal lutein is safer than sublingual lutein, especially for people with liver and kidney disease. The reason is that lutein given vaginally is transported directly to the endometrium - it passes directly into the blood vessels bypassing liver metabolism

Lutein for menstruation should not be taken by women during breastfeeding or with a previous history of miscarriage.

We would like to remind you once again that lutein for menstruation is not the same product as a lutein supplement for eye diseases. 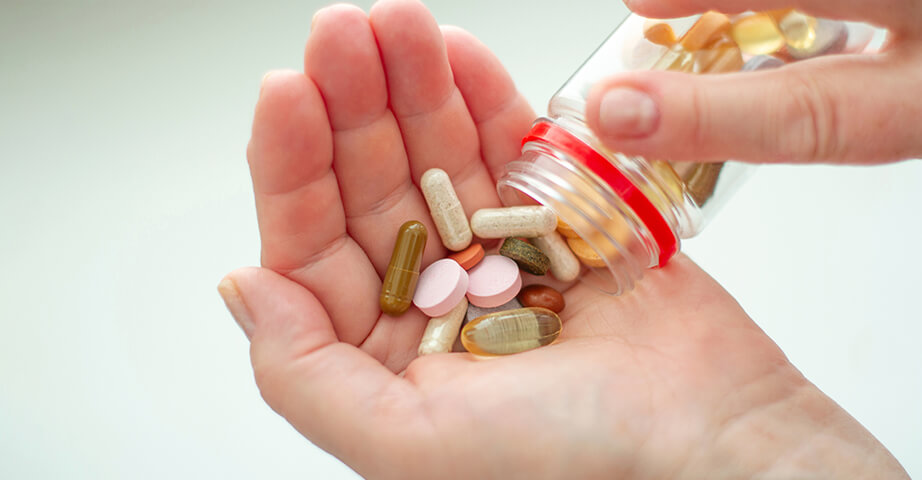 How to take lutein? Side effects of a lutein supplement

Lutein is considered to be completely harmless. According to the Food and Drug Administration (FDA), it has GRAS status (generally regarded as safe). Based on scientific studies, doses up to 20 mg of lutein per day are considered safe and have no side effects. None of the studies conducted has shown lutein to be toxic, mutagenic or teratogenic.

There are no official recommendations for the dosage of lutein, but the available data suggest that lutein for the eyes may be most effective at a daily dose of 10 mg combined with 2 mg of zeaxanthin. Lutein taken in this way does not cause any side effects.

To keep your eyes healthy, it is a good idea to remember about consuming lutein-rich foods each day. It is not necessary to take lutein supplements if you do not have any eye problems, but a lutein deficiency in your diet may increase the risk of certain eye diseases. Bearing in mind that lutein is a yellow-orange pigment, it might seem that its highest amounts are present in yellow and orange vegetables and fruits. This association is not wrong, because they are indeed sources of lutein, but large amounts of this carotenoid are also found in green leafy vegetables. Lutein in meals comes from cereal products, vegetables, fruits and egg yolk, which is the only significant animal source of this carotenoid. Lutein is best absorbed in the presence of fat. Therefore, vegetables rich in lutein should be eaten with the addition of olive oil or other dietary fat as salads, or in hot meals. The solubility of lutein in fat also means that egg yolk lutein has a very high bioavailability. It occurs naturally in the company of fats and its content is highest in fresh products. It decreases during cooking and freezing. The loss of lutein in processed foods ranges from 15 to even 30% compared to fresh products.

Dietary intake of lutein depends mostly on the amount of vegetables in everyday meals. In the Western diet, the average intake of lutein ranges from 0.67 mg/day to 1.7 mg/day. People following the principles of the Mediterranean diet provide themselves with approximately 3 mg of lutein per day.

Sources of lutein in food: