The healing properties of ginger. How much ginger should you eat daily? 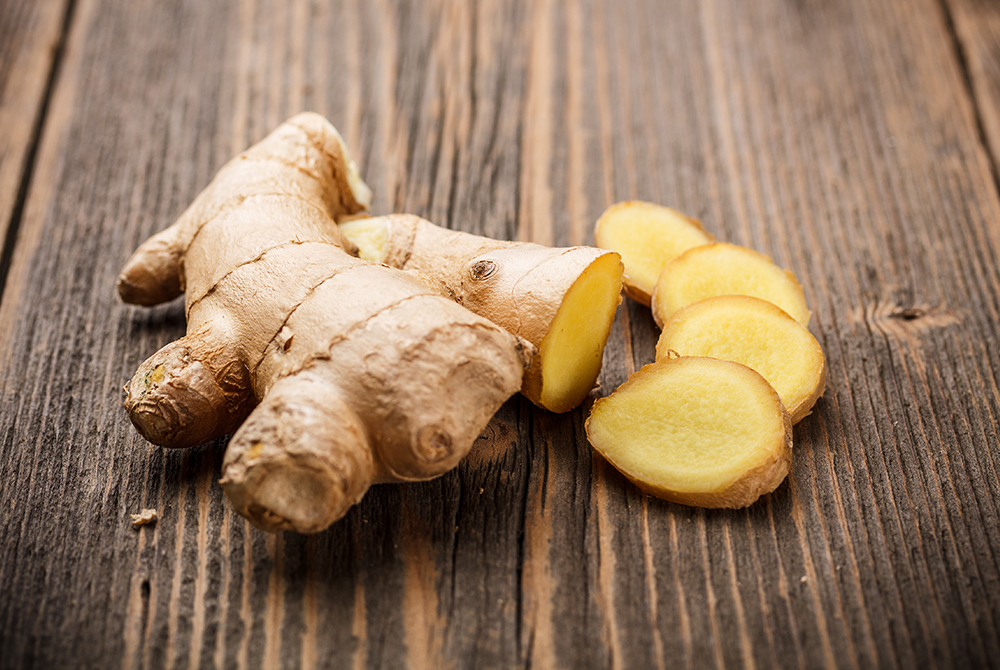 Ginger is not only an aromatic spice. Its root is one of the best researched natural healing materials. Modern science confirms many of its traditional uses. What medicinal properties does it have? Does it help against the common cold? How should it be consumed to ensure its healthful effects?

Ginger (Zingiber officinale) is classified as a spice - one of the healthiest in the world. Its underground part is known to be eatable. What does a ginger rhizome look like? It is a widespread branching root forming long tubers, covered with a light brown, thick, wrinkled skin. The botanical name of ginger refers to the appearance of the rhizomes; it comes from Greek and means "shaped like the deer's antlers".

Ginger has its origin in Southeast Asia, the area of today's northern India. Nowadays, it also grows in China, Indonesia, Thailand, Cameroon, Nigeria, Bangladesh, Nepal, the USA and the Philippines, but India is the largest producer of the plant. Ginger made its way to Africa with the expansion of the Arabs. It was also known in ancient Greece, as it was consumed during large feasts to avoid nausea. Its properties were already described by the Greek physician Dioscorides as well as the botanist and Roman philosopher Piliinius the Elder. However, ginger played the most important role in medicine in its native regions. It was used in traditional Indian, Chinese and Persian medicine, to treat many diseases and ailments, including indigestion, flatulence, nausea, ulcers, headaches, arthritis and pneumonia.

Properties and effects of ginger

Lots of medicinal properties have been associated with ginger root, and the initial promising research results have led to a significant increase in scientific interest in the effects of ginger in recent decades. More than 100 bioactive ingredients have been isolated from ginger and classified into groups of volatile (monoterpenes and sesquiterpenes: α-zingiberene, zingiberol, α-farnesene, β-bisabolene, β-phellandrene, camphene, cineol, linalool, limonene, geraniol, terpineol, ar-curcumin) and non-volatile compounds (gingerols, shogaols, zingerone). The most significant of these are gingerols, which are highly anti-inflammatory and reduce oxidative stress, the cause of many modern diseases.

The properties and effectiveness of ginger root have been studied in a large number of randomised clinical trials. Based on a meta-analysis of 109 studies published in 2020 in the"Nutrients" magazine, they confirmed the following medicinal features of ginger.

Ginger's effectiveness in reducing nausea has been confirmed among pregnant women as well as people who experience nausea and vomiting as a side effect of chemotherapy. Ginger as a supplement for pregnant women may be more effective in reducing nausea than vitamin B6 often given as an anti-vomiting drug. Ginger is also effective in reducing vomiting in retrovirus infection. The results for nausea suppression in people with motion sickness mostly indicate that ginger root is effective compared to placebo.

Ginger influences gastric function, the speed of digestion, and the pace of emptying the stomach. Its intake relieves the feeling of heaviness after a heavy meal and accelerates the absorption of nutrients. These properties of ginger root can be used as a treatment for chronic indigestion. 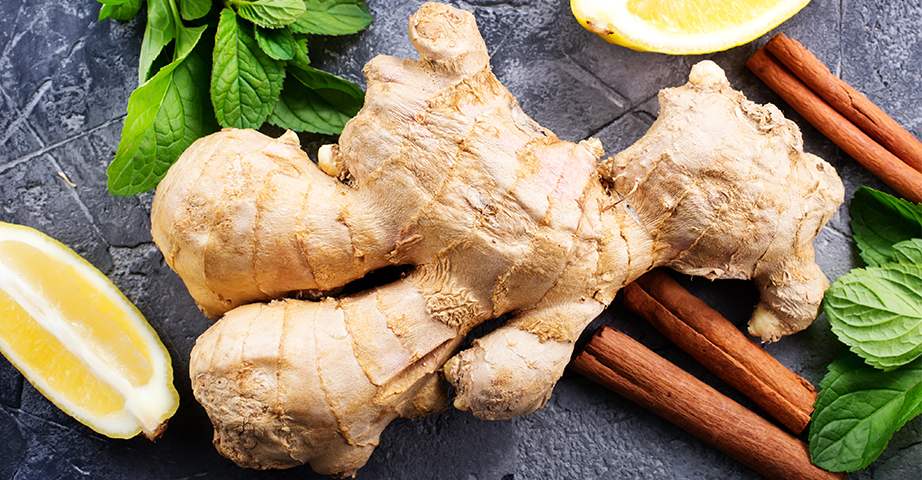 Ginger's characteristics include painkilling effects. It has the strongest painkilling benefits in relieving menstrual pain, producing the same effects as the popular drug - ibuprofen. It is also efficient for headaches, migraines, back pain, and to a lesser extent for muscle pain and osteoarthritis pain.

Ginger has anti-inflammatory properties. Its intake reduces the production of pro-inflammatory cytokines in the body and affects the expression of the FOXP3 gene linked with the occurrence of rheumatoid arthritis. In fact, RA is the disease in which the anti-inflammatory health properties of ginger seem to be the most powerful. When dealing with inflammatory bone and joint diseases, taking ginger is as effective as ibuprofen for hip and knee pain.

Metabolic syndrome is a health condition in which problems such as hyperinsulinaemia, insulin resistance or type 2 diabetes, hypertension, abnormal lipid profile, abdominal obesity, pro-inflammatory state and others co-exist (not necessarily all at the same time). This is a very common problem in societies of developed countries.

Ginger for the common cold

Ginger is effective in treating the common cold caused by the RSV virus, a frequent cause of upper respiratory tract infections. Ginger root also inhibits the growth of many bacteria, including those responsible for sore throat. A very widespread bacterium in the human mouth is Staphylococcus aureus, the presence of which often causes suppuration of the tonsils. Ginger is very effective in preventing the growth of this bacterium, treating throat infections. 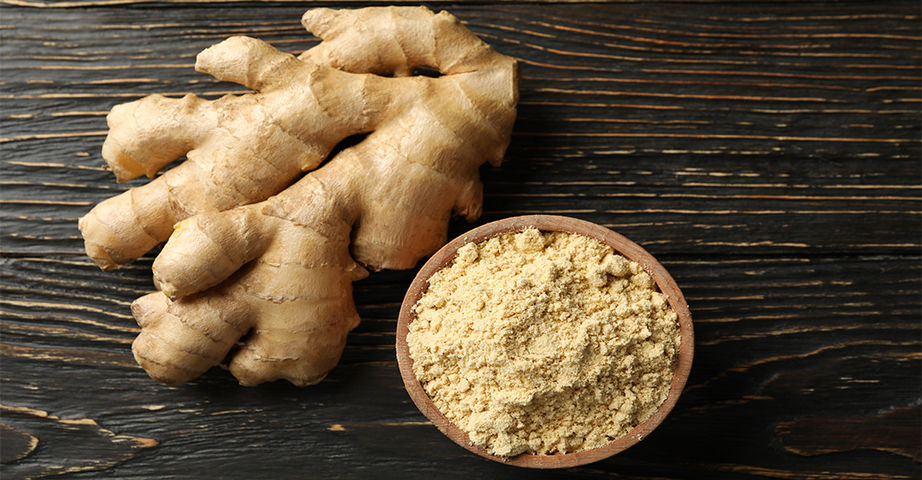 Ginger is considered safe and its side effects are generally mild and include stomach problems - heartburn, diarrhoea, and general stomach discomfort. However, ginger's harmfulness may manifest itself in certain medical conditions in which it is contraindicated. These include inflammations and stomach ulcers, as ginger increases the secretion of gastric acids, which can intensify complaints. If the blood clotting rate is too low, ginger can also be detrimental as it lowers it even more. Because of this property, ginger should not be taken regularly at least two weeks before planned surgery. Sometimes, it is pointed out that ginger should not be consumed by breastfeeding women due to its strong taste, which penetrates the milk.

We should also emphasise, that according to the official scientific view, ginger is safe for pregnant women and has no side effects. It is also not harmful to children.

The harmfulness of ginger may manifest itself through interaction with the medications. People who use:

should supplement ginger carefully and in consultation with their doctor. Ginger is known to lower blood sugar levels, affect blood pressure factors and is also an anticoagulant. It may be necessary to reduce the dose of medication taken after using ginger. 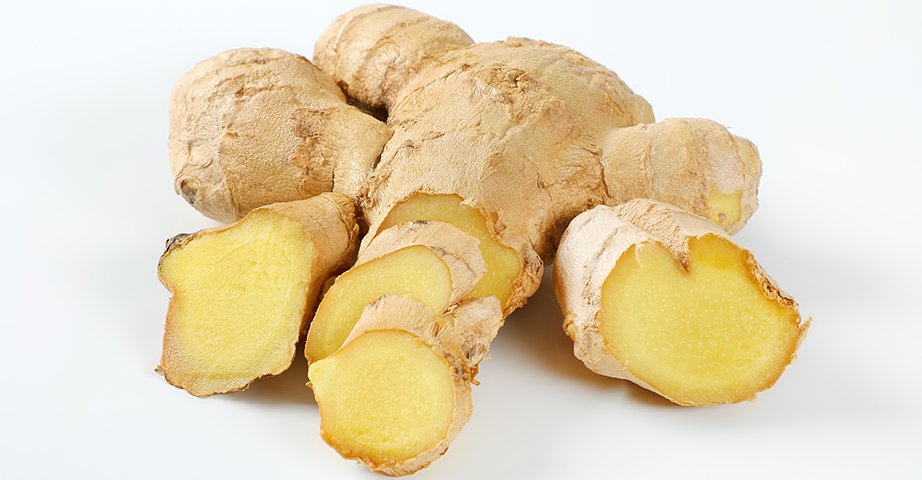 How much ginger per day - how to eat ginger?

Ginger can be used as fresh root, dried root powder, but also as ginger oil, ginger in a marinade, ginger tea and ginger juice. The most common is powder and fresh ginger root.

1000 mg of powdered ginger is the equivalent of 4 g of freshly grated ginger root.

How much ginger can be eaten each day? The doses that appear in scientific studies range up to 5 g of powdered ginger served in capsules. Eating this amount of powdered ginger root straight on a spoon is very unpleasant due to its strong taste. However, ginger does not have to be taken only as a supplement. It can be used as a dietary ingredient: powdered as a spice for Asian and Arabic dishes as well as desserts such as ginger cookies or pumpkin and apple cake. Apart from being added to dishes (recipes are numerous), fresh ginger root can be eaten as an ingredient in fruit or vegetable smoothies and juices. Pouring hot water over sliced or grated fresh ginger and boiling it for 10-30 minutes produces a decoction that also has medicinal properties. This decoction can be combined with lemon juice and honey, which is often used for colds. Powdered ginger teas with different ginger contents are also available. Therefore, it is important to read the composition before buying to make sure that the tea will actually work.

How much ginger should I eat daily for my ailments?