What effects does running have? A running plan for beginners 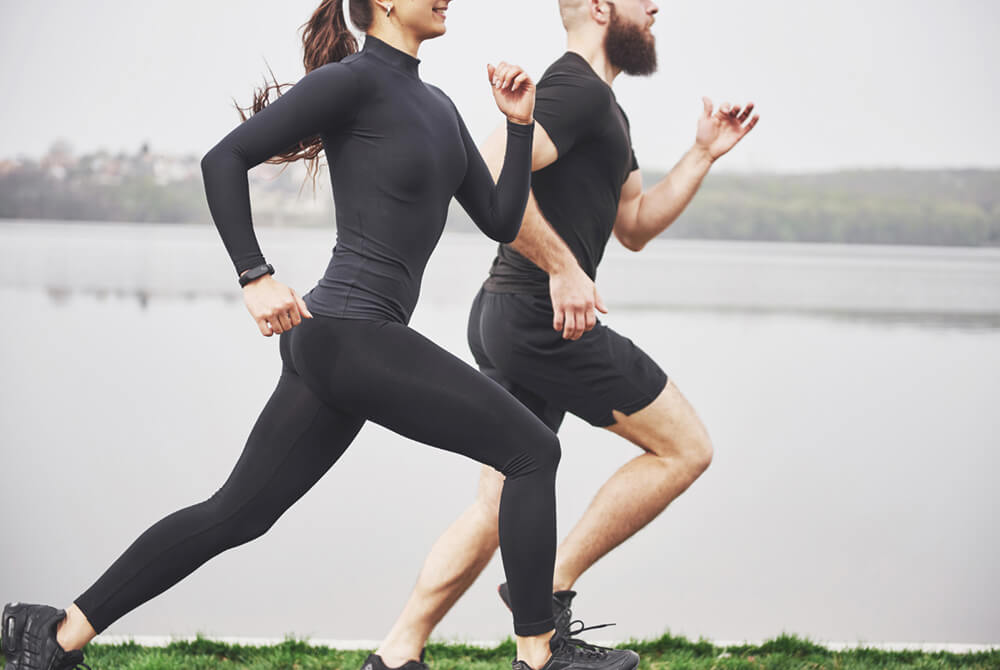 Running is a very intuitive sport that has a large number of fans. The popularity of running is probably due to the simplicity of the sport, its great health-promoting effects and ability to reduce weight quickly. Running is also a great sport for beginners who have no experience with physical activity. However, it requires a proper training plan to start with.

How to begin running? What effects does running have? An explanation of the basics and a suggested running plan for beginners.

Everyone knows that physical activity plays an important role in our lives - it has a positive effect on health, reduces the risk of disease, improves functioning in everyday situations and helps maintain a good mood as well as mental wellbeing. Running, on the other hand, is one of the most intuitive and simplest forms of physical activity. According to a certain theory, humans are even made for running, as indicated by the length of their legs, the shape of their hips, or a spine capable of high levels of amortisation. Therefore, it is no surprise that it has great benefits. The effects of regular running can be seen in the state of health and the appearance of the body shape.

During running, the effort carried out by the heart and lungs increases significantly. It is noticeable in beginners who catch breathlessness while running and experience a strong increase in heart rate. As running training becomes more advanced, the effects on the cardiovascular system become more and more visible. The heart becomes stronger and is able to pump more blood per beat. Lung capacity increases, resulting in deeper, fewer breaths and better oxygen delivery to the tissues. As your cardiovascular and respiratory capacities increase, you are able to run faster and longer, feeling less effort than at the start of your running adventure. In other words, your stamina improves!

One of the effects of running is strengthening bones through increased mineralisation. During running, bones are exposed to stresses that act as a stimulus for adaptation, i.e. increasing bone density and mass. Bone structure is strengthened through the accumulation of calcium and magnesium in the bone. Running also increases the production of bone-building hormones in the body, stimulating the body to produce more bone cells and inhibiting the activity of cells that break down bone cells. The results of running are stronger, more resilient bones that are less prone to fracture.

Running and the risk of lifestyle diseases

Running allows the body to improve its health status in many areas. The effects of running can be seen by observing metabolic health indicators that are linked to the most common health problems of the modern world. Running helps to:

To sum up, running decreases the risk of death from cardiovascular incidents such as heart attack and stroke.

Running for stress and better mood

One of the main effects of running, for which so many people take up the sport, is the feeling of a 'runner's high'. The feeling of agility, strength and pride after a long, endurance run is the result of nothing more than the release of endorphins, which improve mood. Running is also a great way to release tension and reduce stress, as training decreases the body's production of cortisol - the stress hormone.

Running is one of the physical activities that quickly and visibly promotes weight loss and consumes the most calories per minute of movement. Depending on running pace and body weight, 30 minutes of running can burn up to 500 kcal. A beginner who runs at a slow pace burns about 200 kcal in 30 minutes. One of the main effects of running, combined with a proper diet, is weight loss.

To start running, you don't need much. Comfortable shoes and determination are enough. You can run anywhere, even in the neighbourhood around your house. Although, it is definitely better for your joints when the ground is shock-absorbing, such as on a track or lawn.

For the beginners, running is not a habit or part of a daily routine. We would also risk saying that it is not a pleasure at all. Many beginners tend to ask themselves where is that euphoria everyone talks about.

To start running for real, beginners have to accept the idea that the first running workouts are mainly discomfort. It takes a while to get out of the house. But the discomfort passes, the body gets used to this kind of effort, running gets into your blood and before you know it, you can't imagine life without running anymore.

Is running for everyone?

Running is a relatively simple sport that most people will benefit from. Most, but not everyone. For whom running is not the best option?

How do you start running?

It may sound a little surprising, but to start running, you have to start walking. Yes, you read it right. When many beginners start their jogging training, they would like to switch from a sedentary lifestyle to an intense running routine straight away. It just cannot be done. Of course, if you're stubborn, you can try non-stop running at once, but after a few workouts you'll probably give up because your untrained and overstressed muscles and joints will start to bother you a lot.. Not to mention the discouragement that comes when, due to lack of stamina, you are unable to run the set distance.

Running for a beginner should have a measurable and realistic goal. Typically, it is 30 minutes of continuous running, which is reached with regular training consisting of walking and running interchangeably.. In addition, it takes patience to really start running. It takes a beginner with no running experience on average 10 weeks of training to run 30 minutes without stopping. 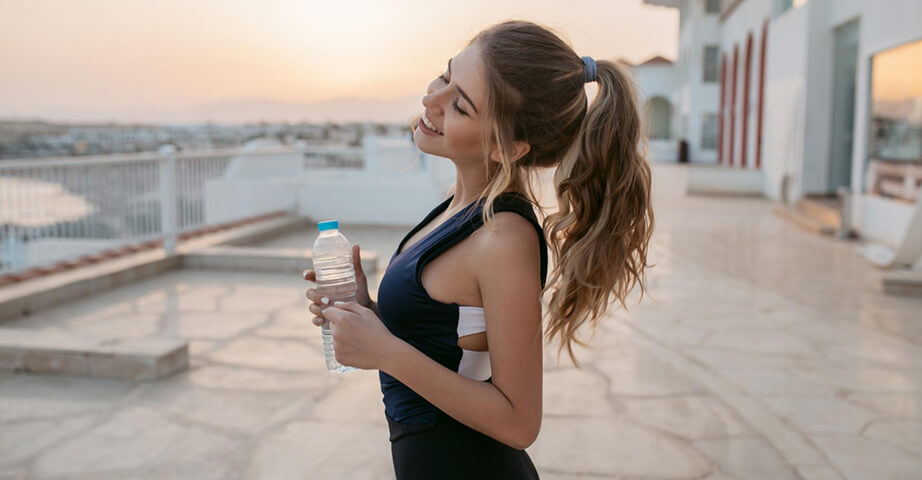 Running can be started in a variety of ways. Usually, however, beginners are advised to follow a very well-tested scheme of alternating marching and running, which is the most popular running training plan. We also recommend this plan. It is simple, safe and effective. It gradually prepares the body for increasing effort, allows you to notice the progression, which keeps you motivated and, thanks to the progressive training demands, does not discourage you with too much effort at the beginning. People with a sedentary lifestyle and no physical activity can, and in fact should start with energetic walking before embarking on a running training plan. 20 minutes of high-intensity walking is recommended for four days in a row, followed by 30 minutes for another four days. After this time, you can begin your running training.

A training plan for a beginner who starts running from scratch and plans to achieve 30 minutes of continuous workout involves ten weeks of regular exercise. Preparing a running plan, it is best to assume three training sessions per week in the beginning. As your stamina increases and the difficulty of your training decreases, a fourth running day can be added to the plan. Ideally, training days should be separated by a rest day. It is advisable to avoid accumulating runs, e.g. for three days at a time, followed by a 4-day break.

Before each running workout from the plan, you should do a warm-up and after the run - stretching. It helps to reduce the risk of injury and speed up recovery after training.