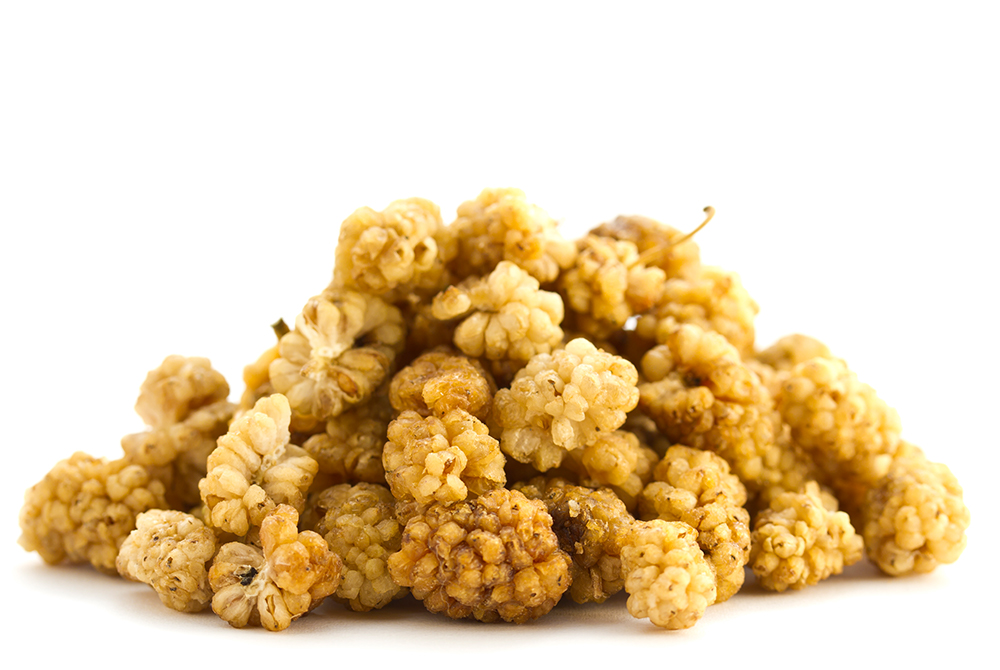 White mulberry is a plant with a variety of different functions in traditional Chinese medicine. Tea made from its leaves is one of the oldest anti-diabetic preparations. Modern science confirms its helpful potential in diabetes as well as in other diseases. What does white mulberry help? How to drink mulberry tea for diabetes? How to choose good white mulberry tablets?

What is the white mulberry?

White mulberry (Morus alba) is a broad-leaved tree native to China, which also grows widely in India and Japan. It can reach a height of even 15 metres. White mulberry leaves are eaten by silkworms, so the tree is grown wherever silk is produced. White Mulberry can be found in the southern regions of the United States, Europe and Asia - in warm climates. In China, silkworms have been fed with its leaves for 4,500 years. However, it is not the reason for the plant's great popularity. Today, white mulberry is very common among healthy lifestyle enthusiasts.

White mulberry is a traditional raw material of Chinese medicine. Its fruit and leaves are crucial in phytotherapy. White mulberry fruits are similar in shape to raspberries and are not necessarily white. As the fruit ripens, it changes colour from creamy white to dark blue (like blackberries) and the name white mulberry comes from the white colour of its bark. In Poland, you can usually buy dried white fruit. White mulberry leaves have heart-shaped leaves with serrated edges. Dried ones are used to make tea. White mulberry is also an ingredient of dietary supplements. It is attributed to numerous preventive and health-promoting properties.

Function and traditional use of white mulberry

According to traditional Chinese medicine, white mulberry is used for treating upper respiratory tract infections, eye infections and parasitic diseases. An infusion made from its young leaves was given to breastfeeding women, as it was believed to strengthen the body and stimulate lactation. It also provided support for the liver. White mulberry tea was used to protect it from toxins, promote liver regeneration, bile flow, and its antioxidant properties. On the other hand, older people drank it to strengthen their joints and lower blood pressure. Fresh fruit was consumed for dizziness, vision problems, indigestion, high blood pressure and swelling. Finely ground dried fruit was a kind of nutrient that people took on exhausting journeys.

Today, it is known that white mulberry has the strongest health properties in preventing type 2 diabetes. Its anti-diabetic effect has been noted since ancient times, although at that moment the disease was not called diabetes. In the first book recording the methods used in Chinese herbal medicine dating around 500 AD, the author wrote: "If the juice (of the herb) is brewed and used as a substitute for tea, it can stop exhaustion and thirst." Untreated diabetes manifests itself with very strong thirst, Glycosuria and emaciation of the body. Consequently, a white mulberry leaf tea is one of the first products used in diabetes.

White mulberry is also very important in modern medicine in China. It is recommended by the Chinese pharmacopoeia with scientific studies confirming at least some of its traditional usages and clarifying white mulberry's action mechanisms. 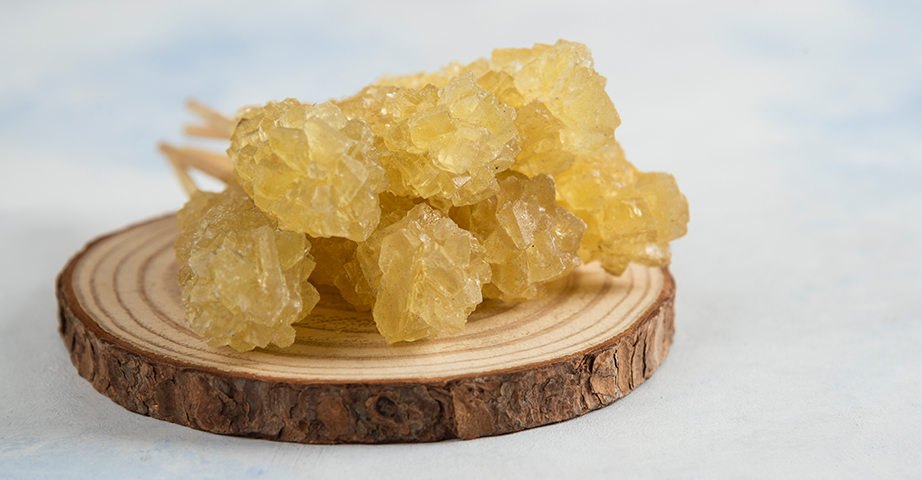 As it is shown in the presented composition of bioactive compounds, white mulberry leaves are much richer in health-promoting components. The most important difference is the absence of DNJ in the fruit, as this alkaloid shows the greatest auxiliary potential of all-white mulberry components.

White mulberry tea - how to drink it?

White mulberry tea is made from dried mulberry leaves. Pour 200 ml of boiled water into 1 teaspoon of leaves (2 g) and brew for 5-7 minutes, covered, then strain.

You don't have to drink a lot of white mulberry tea to achieve its health benefits. According to scientific studies, an infusion of 1 g of dried mulberry leaves drunk 3 times a day is sufficient to achieve a hypoglycaemic ( lowering of glucose levels) effect. For other purposes, there is too little evidence to support the medicinal effects of mulberry tea.

White mulberry tablets contain extracts of mulberry leaves. Good tablets should be standardised for the presence of DNJ per dose, rather than just claiming the extract content. The extract itself, depending on the origin of the leaves and the method of extraction, can provide different amounts of bioactive substances, as it is the specific amount of bioactive substances that are relevant to be able to talk about the health efficacy of a compound.

According to scientific opinions, white mulberry tablets are effective in regulating carbohydrate metabolism. Taking them can be a part of anti-diabetic therapy. 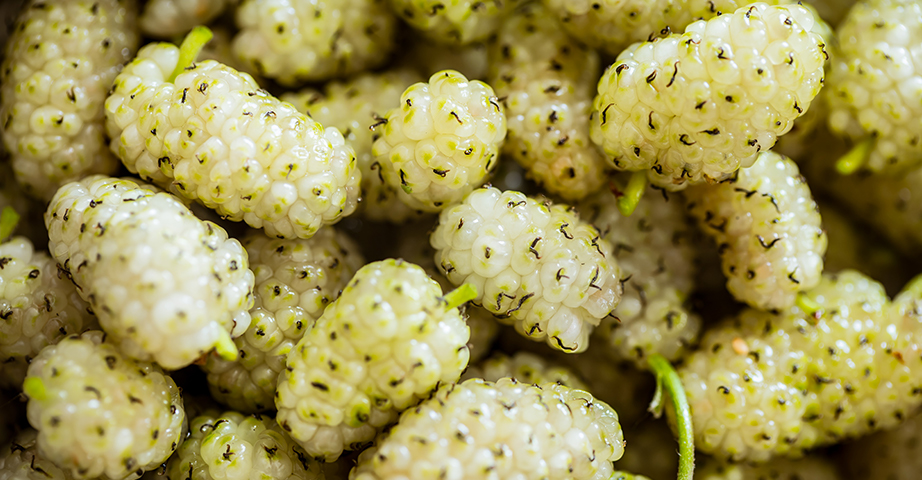 The anti-diabetic effect is the best-proven property of white mulberry leaf extract. It has been confirmed by numerous scientific studies, first conducted on animals but in recent years also involving humans. DNJ has been proven to reduce the absorption of carbohydrates in the small intestine, which has a positive effect on glycaemia (lowering of sugar levels) and postprandial insulinaemia.

A randomised, double-blind, placebo-controlled trial involving 37 participants without diabetes analysed the glucose and insulin response to the administration of 50 g of maltodextrin. White mulberry extracts containing 6.25 mg, 12.5 mg or 25 mg DNJ were used. The extracts proved to reduce glucose levels after maltodextrin intake compared to placebo by 6.1%, 14% and 22%, respectively, and insulin levels by 9.7%, 23.8% and 24.7%.

17 subjects were given 1000 mg of white mulberry leaf extract 3 times a day for 3 months. Participants experienced an average decrease of 16.1% in postprandial blood glucose.

White mulberry also has other preventive properties. Many studies are in progress to confirm or exclude its health-promoting effects in metabolic and inflammatory diseases. The available scientific literature suggests that the benefits of using white mulberry include: