Coenzyme Q10 not only for young-looking skin 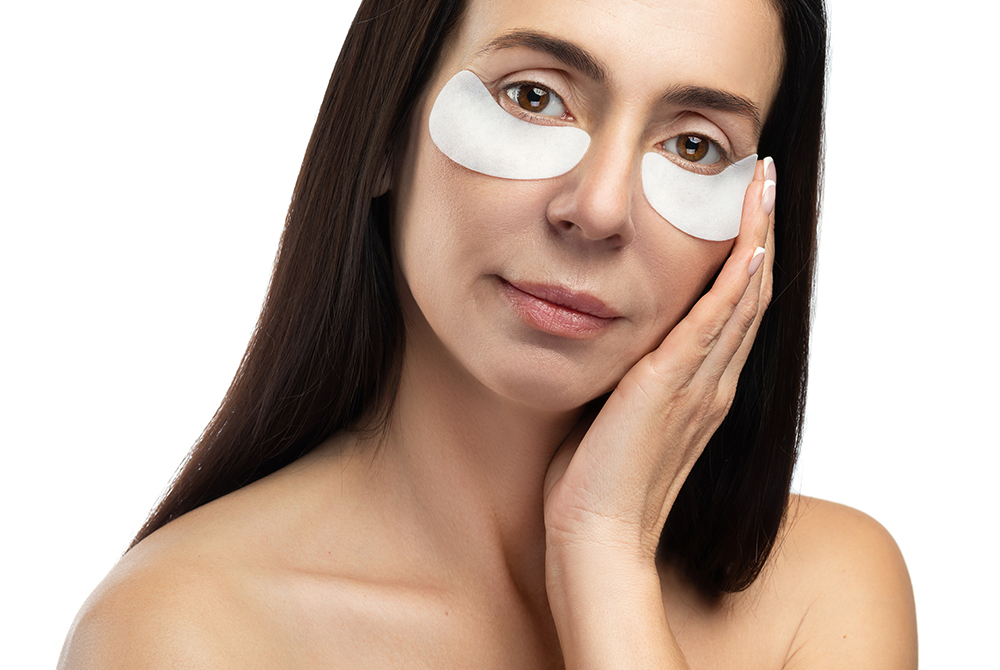 Coenzyme Q10 is most famous for slowing down the skin ageing process and for its use in face creams. However, this is just the tip of the iceberg. Coenzyme Q10 - a substance naturally produced by the body that enables body cells to produce energy is a very powerful antioxidant with health-promoting properties. When does taking coenzyme Q10 help? Who will benefit from taking coenzyme Q10?

What is coenzyme Q10?

Coenzyme Q10 occurs naturally in the human body, and basically in all aerobic organisms from bacteria to mammals. It is mainly found in mitochondria, i.e. cell organelles whose role is to produce energy. Another name for coenzyme Q10 is ubiquinone, which is related to the structure of this substance (structurally it is a quinone) and its distribution in animal organisms. The prefix "ubi" means "ubiquitous". Consequently, coenzyme Q10 is a ubiquitous quinone. Coenzyme Q10 is present in the greatest quantities in the tissues that consume the most energy - heart muscle, kidneys, spleen, pancreas and liver.

Coenzyme Q10 has a structure similar to vitamin E and vitamin K. It does not dissolve in water but dissolves well in fats. Pure coenzyme Q10 has the form of yellow crystals. Coenzyme Q10 is sometimes called vitamin Q10, but this is not the correct terminology. Unlike vitamins, coenzyme Q10 is produced by the human body. It is formed in the liver from the phenylalanine and tyrosine amino acids.

Coenzyme Q10 is commonly found in foods of animal origin. It is provided by meat and fish, especially oily marine ones.In much smaller amounts coenzyme Q10 is present in plants. The most concentrated sources of coenzyme Q10 are offals - hearts, kidneys and liver. Wholemeal bread also provides significant amounts.

The role of coenzyme Q10 in the human body

The role of coenzyme Q10 in the human body is well known. First of all, it is a cofactor in the electron transport chain in the energy production process, more specifically ATP - a high-energy compound that provides energy to cells. Since most cellular functions depend on an adequate supply of ATP, coenzyme Q10 is essential for the health of almost all human tissues and organs. In addition, coenzyme Q10 is one of the most important lipid antioxidants that prevents free radical formation, protein damage, lipid peroxidation and DNA mutations. It stabilises cell membranes through interactions with membrane proteins, by increasing their resistance to harmful external factors. Coenzyme Q10 plays a significant role in strengthening the immune system and improving physical performance. The tissues, muscles and cells involved in immune function, are highly dependent on energy availability and require an adequate supply of coenzyme Q10 for optimal function.

In many disease states associated with increased production and action of reactive oxygen species (oxidants, oxidative agents) the concentration of coenzyme Q10 in the human body decreases. The amount of coenzyme Q10 also falls naturally with age and as a result of excessive physical and mental stress.

Deficiency of coenzyme Q10 in the body leads to dysfunction of the respiratory system, disruption of ATP production processes, a slower metabolism at the cellular level as well as biological cell regeneration. As a result, ageing processes occur faster. Low levels of coenzyme Q10 also lead to disorders of the cardiovascular and immune systems and a decrease in physical performance.

The positive effects of coenzyme Q10 on health are based on its antioxidant activity. It means that adequate levels of coenzyme Q10 can play a role in almost any disease caused by free radicals. It is well known that coenzyme Q10 is essential for proper body function because of its properties. What about its use in diseases? Coenzyme Q10 supplementation can help prevent heart failure, promote fertility and slow down skin ageing processes. 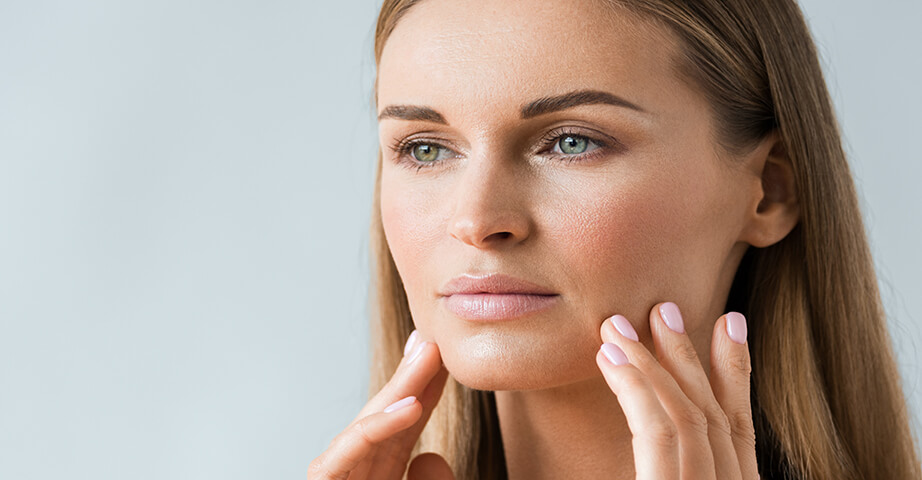 Oxidative damage, inflammation of veins and arteries, atherosclerosis as well as hypertension are common cardiovascular problems that lead to heart failure. Studies involving people who were given coenzyme Q10 for 1-2 years suggest that its intake may help restore optimal levels of energy production, reduce oxidative damage and improve heart function, which may result in less frequent heart failure.

Female fertility decreases with age due to the decreasing quantity and poor quality of egg cells. Coenzyme Q10, which also declines with age, is directly linked to the deterioration of egg cell quality, and with it the body's ability to protect them from damage. oenzyme Q10 supplementation may improve the condition of egg cells and even reverse already existing changes. Men are also at risk of lower fertility due to free radicals. Sperm cells are sensitive to oxidation processes. Several studies have found that coenzyme Q10 supplementation can improve sperm quality, motility and quantity by increasing antioxidant protection

The beneficial properties of coenzyme Q10 for a skin condition are best studied with its external application. Applying coenzyme Q10 directly to the skin can reduce skin damage caused by internal and external factors, increasing energy production in skin cells and antioxidant protection. It has been shown that coenzyme Q10 applied directly to the skin may reduce oxidative damage caused by UV radiation, improve skin firmness and even reduce the depth of wrinkles.

Other health-promoting properties of coenzyme Q10 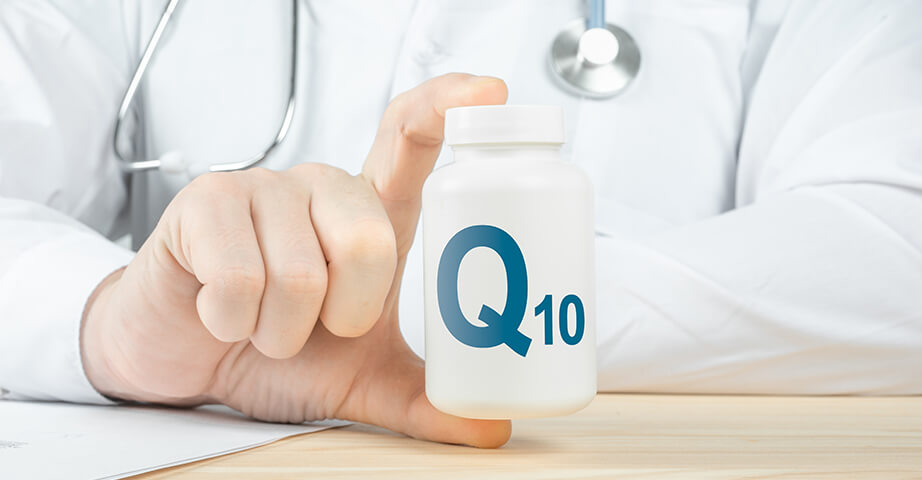 Supplements with coenzyme Q10 are available as tablets, hard capsules and gel capsules. If the coenzyme Q10 in the preparation is contained in oil or lecithin, then its bioavailability increases and absorption facilitates Coenzyme Q10 supplements should be taken with a meal.

According to the scientists' and doctors' opinions, coenzyme Q10 is non-toxic and safe for health.

In general, there are no contraindications to its use apart from taking blood-thinning drugs, insulin and some chemotherapy agents. Side effects are rare and mild during its use. They include digestive problems, headaches, insomnia, rashes, fatigue, dizziness, photosensitivity and irritability.

Who may benefit from taking coenzyme Q10? First of all, the elderly, men and women over 30 years of age who are planning a child, people with heart problems, high blood pressure, experiencing migraines and those who have noticed a decrease in energy and physical performance.