Omega 3 fatty acids - get to know their meaning! Essential unsaturated fatty acids (EFAs) omega 3, 6 and 9 are fats that the human body cannot produce on its own. Since they are necessary for the proper functioning of our body, they must be provided with food. Where can we find particular fatty acids? What is the difference between omega-3, omega-6 and omega-9? In what proportions should unsaturated fats be consumed, so that they have a beneficial effect on our health? We have some tips.

Omega-3, omega-6 and omega-9 acids are the so-called essential unsaturated fatty acids (EFAs). These are healthy fats, which are needed for proper functioning, but the human body is not able to produce them on its own, so they must be provided with the diet.

Essential fatty acids play several important roles in the body, some of them lowering the concentration of triglycerides in the blood and regulating blood pressure, others strengthen immunity and show anti-coagulant and anti-inflammatory properties. Scientific research shows that the replacement of saturated fats in our diet with their polyunsaturated equivalents from the omega-3 and omega-6 families reduces the risk of cardiovascular diseases. What are the other benefits of EFAs? Below we explain the differences between omega-3, omega-6 and omega-9 acids and their significance for our body.

Omega-3 fatty acids - ALA (alpha-linolenic), EPA (eicosapentaenoic) and DHA (docosahexaenoic) - are among the most popular healthy fats of the omega group. The name omega-3 acid refers to the structure of the fatty acid chain, in which a double bond exists between carbon atoms. In the case of omega-3 acids, it is located at carbon atom number three.

What functions do omega-3 fatty acids have? They are responsible for:

Omega-3 essential unsaturated fatty acids support the functioning of the immune system, have a positive effect on the functioning of the nervous system, the eyesight organ, show anti-coagulant and anti-inflammatory properties. Additionally, they increase the level of leptin, which improves the reduction of fat tissue in the body and has a positive effect on the condition of the skin.

Omega-6 fatty acids (linoleic, gamma-linolenic and arachidonic) have a double bond at the sixth carbon atom. Healthy fatty acids are the building materials of many cells and enzymes. They are useful in the prevention of cancer, as well as in the treatment of hormonal disorders, skin diseases and diabetes. They also support the nervous, circulatory, urinary and digestive systems. Omega-6 regulates the level of cholesterol in the blood, so the risk of heart attack and brain stroke is minimised.

How do omega-6 fatty acids work? To achieve a positive effect of their consumption, the proportion with which individual unsaturated fatty acids are delivered to the body is crucial. The ratio of omega-3 to omega-6 acids should be from 1:2 to 1:5. Unfortunately, our diet is often rich in omega-6 acids, and poor in omega-3, so their ratio is even 1:12. Too much omega-6 unsaturated fats make it difficult for omega-3 acids to enter the body, which paradoxically is associated with negative health effects.

Omega-9 fatty acids (oleic, erucic, gondoic, nervonic and ricinoleic) are healthy fats in which the double bond is located at the ninth carbon atom of the carbon chain. Natural sources of omega-9 fatty acids are products such as avocados, olives and rapeseed. With supplementation of omega-3 and omega-6, they can also be produced in small quantities by the human body.

Omega-9 acids show multiple health-promoting properties. Not only do they lower the level of triglycerides and bad cholesterol, but they also have an antioxidant effect (slowing down the ageing process), anti-inflammatory effect and regulate digestion. Omega-9 fatty acids give us energy, also enable faster regeneration - for this reason, they are often recommended for athletes. In particular, people who suffer from chronic fatigue, are weakened or constantly irritable, should include products rich in omega-9 into their diet, and even consider regular supplementation with EFAs.

What are the effects of EFA deficiency?

Omega-3, omega-6 and omega-9 fatty acids are the most deficient fats in the human diet. As a result of consuming highly processed food, the human body receives saturated fats in large amounts rather than unsaturated fats, which are essential for proper functioning.

How does a deficiency of healthy EFAs show up? The effects of an improperly balanced diet are:

Long-term deficiency of unsaturated fatty acids can lead to serious diseases of the cardiovascular and nervous systems which can also increase the risk of cancer.

The omega acids can be found in food products such as: 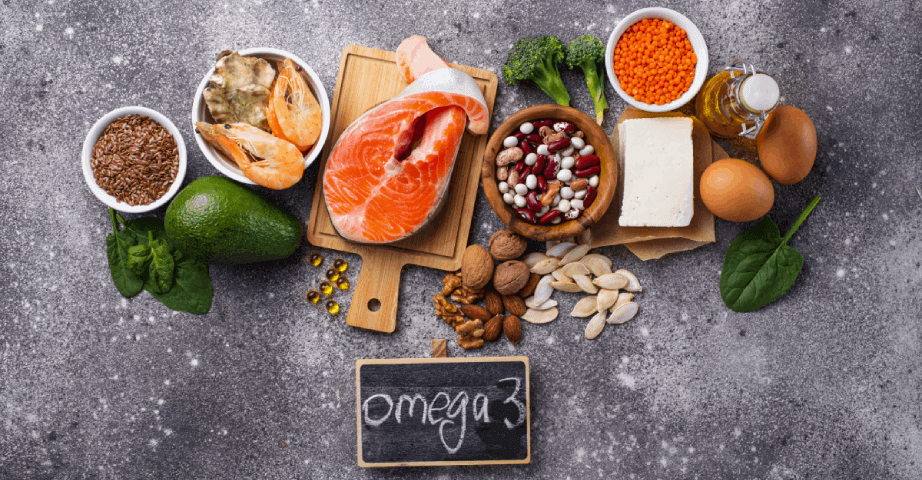 The best source of omega-3 fatty acids EPA and DHA are fatty fish such as salmon and mackerel, while the highest amount of ALA acid can be found in walnuts and chia seeds. Sunflower and pumpkin seeds are valuable sources of omega-6 fatty acids, while the highest amount of omega-9 can be found in linseed, avocado and almonds. However, if the diet is properly balanced, but the right proportions of healthy fats are not kept, the body may not receive a sufficient dose of unsaturated fatty acids. Then supplementation is necessary.

EFAs - in what proportions are they available on the market?

EFAs are present in many supplements, mostly, they can be found in the form of softgel capsules or liquid. Fish-based supplements available on the market are rich in unsaturated fatty acids e.g. OstroVit Omega 3 – one serving of the product contains 180 mg of EPA and 120 mg of DHA, its quality has been confirmed in a laboratory. Omega-3 fatty acids may also occur in a complex with vitamins D3 and K2 - such a composition can be found in OstroVit Omega 3 D3+K2. One softgel capsule contains 330 mg EPA, 220 mg DHA as well as 50 μg vitamin D3 and 50 μg vitamin K2, which corresponds to 67-1000% of the reference intake value. In addition, the supplement is also rich in vitamin E (12 μg, which results in 100% of the RWS).

A high amount of DHA and EPA fatty acids can be found in OstroVit Omega 3 Ultra Liquid. The oil contains 680 mg EPA, 460 mg DHA and 24 mg of vitamin E (200% RWS). There are also complex supplements rich in omega-3, omega-6 and omega-9 acids, such as OstroVit Omega 3-6-9 created based on fish oil, flaxseed oil and sunflower seed oil. The product contributes to the reduction of triglycerides in the blood, supports the functioning of the nervous system, and also has an anti-inflammatory effect, due to the appropriate proportion of omega-3 and omega-6 fatty acids in its composition. 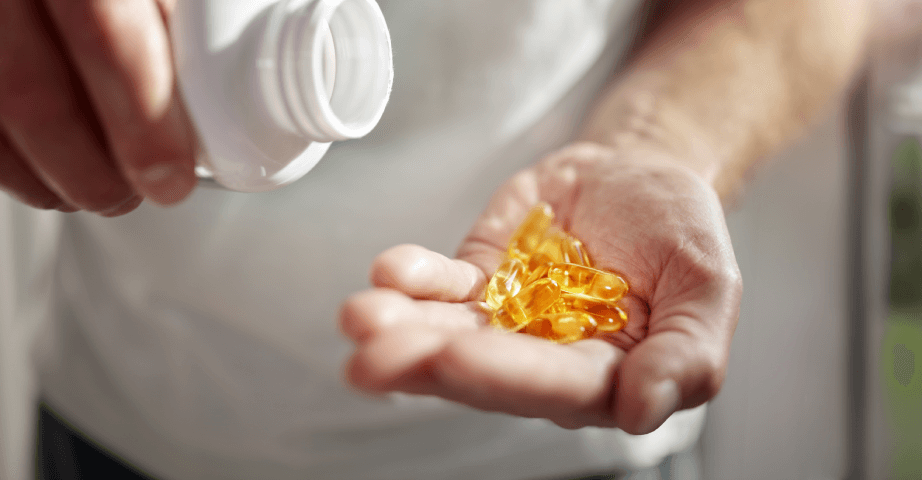 A rich source of omega-3, omega-6 and omega-9 essential fatty acids is also OstroVit Hemp oil – a supplement that is based on natural hemp oil.

The product is recommended for people who want to:

The dietary supplement OstroVit Hemp Oil has a versatile effect - the capsules are suitable for people of all ages, both physically active and those leading a sedentary lifestyle. The product will help you supplement your daily diet with omega-3, 6 and 9 unsaturated fatty acids, which are essential for your health.