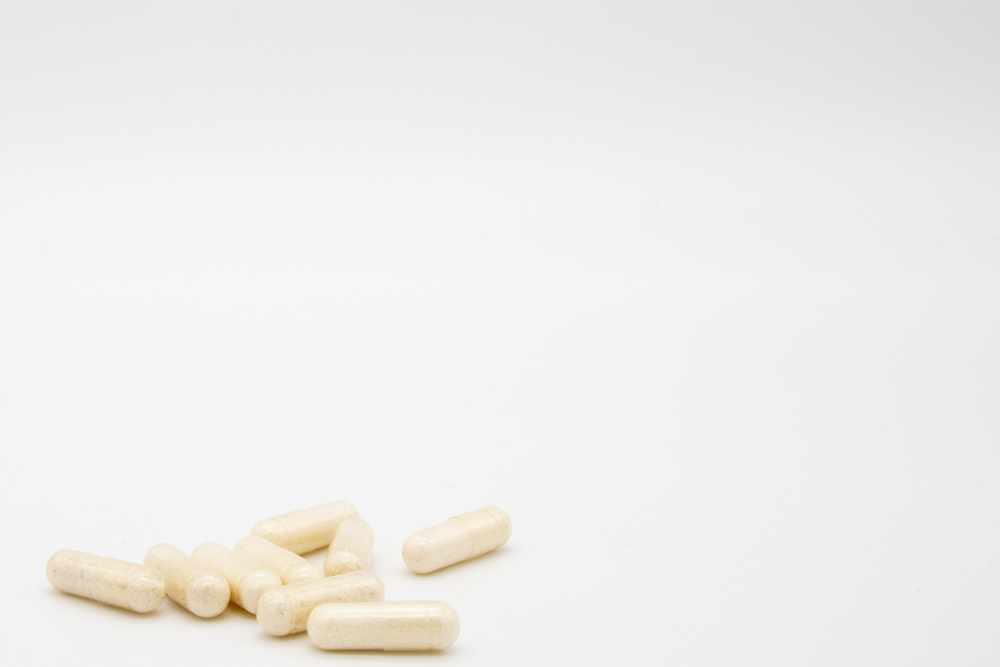 You certainly know L-arginine, an endogenous amino acid that is involved in many physiological processes in the human body. Have you also heard about the L-arginine derivative, produced through a natural fermentation process, called agmatine?

Agmatine sulfate is an organic chemical compound that is formed in the body as a result of the decarboxylation of L-arginine. This substance acts as a neurotransmitter, demonstrating a wide spectrum of activity in the central nervous system. It is also used in supplements, as it significantly influences the expansion of blood vessels and, subsequently, maximizes the effect of the muscle pump.

Agmatine - what it actually is?

It is a substance made from L-arginine in the process of natural fermentation. It is a metabolite that occurs naturally in the human body, including in the small intestine or liver. However, it is stored in nerve cells. The L-arginine derivative belongs to the biogenic amines.

This chemical compound was discovered at the beginning of the 20th century by L. K. M. L. Albrecht Kossel. Interestingly, it was the first time that agmatine was studied in herring sperm. Currently, this compound is considered a neuromodulator and nootropic substance, also known as a smart drug. However, is agmatine really the SUPER version of L-arginine?

Influence of agmatine on the body

Analyzing the effects and functions of agmatine on the human body has taken many years and, in fact, it can be said that it is still ongoing. A breakthrough in research came in 1994, when it was discovered, among other things, that the chemical compound is involved in many metabolic reactions.

How we mentioned before, agmatine shows a wide spectrum of action. L-arginine derivative:

And these are still not all the properties of this chemical compound!

The action of agmatine is really very broad, so let's discuss some of the most important and best-studied aspects of the action of the L-arginine derivative.

In the body, nitric oxide is produced by the oxidation of L-arginine. Agmatine, which is arginine metabolite, provides an even better stimulator of nitric oxide production and increases muscle pumps. By expanding blood vessels, it causes a better flow of blood and nutrients supporting their regeneration, and further influences the maximization of the muscle pump. As a result, the body fills the muscles with blood rich in oxygen and valuable nutrients. In addition, it accelerates the removal of toxins and unfavorable compounds from the tissues. At the same time, the muscle pump also facilitates venous return. As a result, the arginine metabolite lowers blood pressure in the blood vessels and has a cardioprotective effect.

The huge muscle pump is used to improve training efficiency, especially during strength efforts, which is why agmatine is delivered to the body before exercise.

In studies conducted on mice, agmatine has been proven to exhibit effects similar to antidepressants. Interestingly, the antidepressant properties of agmatine are evident even after using small doses of the substance!

Although depression is a disease whose causes are still unknown, agmatine sulphate has an antidepressant effect in several ways.

On the one hand, the L-arginine derivative blocks the neurotransmitter glutamate. Its excess in the body is considered one of the causes of depression (according to the glutamatergic hypothesis of depression). On the other hand, agmatine increases the level of neurotransmitters, such as serotonin, norepinephrine and dopamine, which are responsible for a feeling of joy and happiness. Thus, agmatine not only reduces anxiety, but also improves mood. The synergy between agmatine and many antidepressants is also scientifically proven.

Since agmatine can cope with such a serious disease as depression, there is no doubt that this compound has a positive effect in the treatment of anxiety and lowering cortisol levels.

It is impossible to live without stress these days. There is nothing wrong with temporary increases in cortisol levels, but a state of long-term elevation of this compound in the body becomes dangerous. Agmatine is great at restoring the proper level of substances and optimizes cortisol levels and reduces anxiety and anxiety in the body.

That the appetite would increase... that is, agmatine to increase appetite

The research carried out proved that taking agmatine increases the appetite. In an experiment carried out on rats, it was shown that animals that received a derivative of L-arginine consumed more calories and were more likely to eat foods rich in carbohydrates. Interestingly, in rats fed repeatedly with a high dose of the arginine metabolite, the appetite stimulating capacity was not reduced. Thanks to this, it can be concluded that agmatine is a good supplement for people who have a problem with gaining weight.

Agmatine as a pain reliever

When regular pain medications don't work, you look for different solutions.Therefore, it is worth paying attention to the analgesic properties of agmatine. Research shows that imidazole, opiate, serotonin and alpha-adrenergic receptors interact with agmatine and contribute to pain relief.

Interestingly, despite the fact that agmatine on its own has an analgesic effect, it also has a beneficial effect on the body when combined with other painkillers, increasing the potency and effectiveness of the medications taken.

In addition, agmatine is used in addiction therapy . The studies highlighted the effect of reducing alcohol withdrawal symptoms, which is explained by the interaction with imidazoline, alpha-adrenergic, NMDA receptors and inhibition of NOS.

Moreover, agmatine sulfate inhibits the nicotinic receptor and prevents symptoms of narcotic craving. This substance, among others prevents tolerance and addiction to morphine by activating imidazole receptors. It also increases the body's resistance to the addictive effects of other drugs. 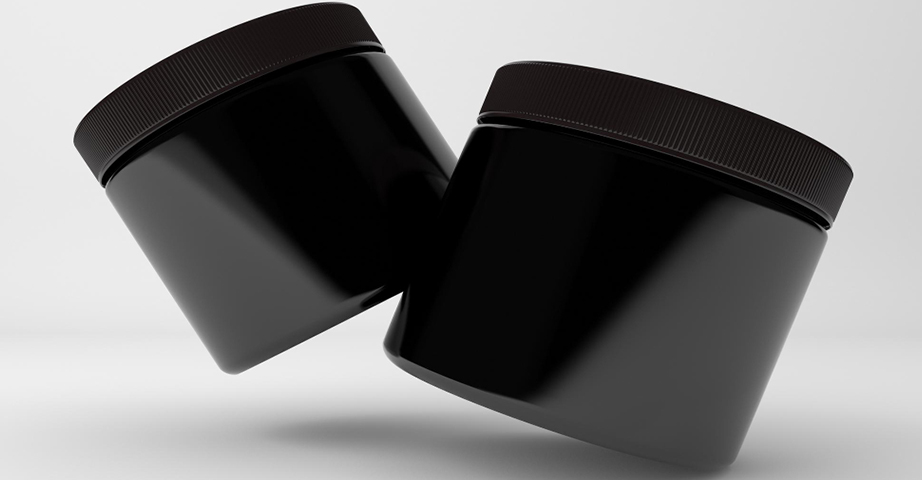 The effectiveness of agmatine was also tested in terms of the increase in strength, energy and endurance after its use. Studies show that the metabolite L-arginine, which blocks pain receptors, thus has the effect of reducing the sensation of pain and at the same time increasing the body's endurance.

In addition, agmatine promotes the regeneration of dopamine receptors, that is, it induces an increase in the desire for action and increases energy levels. This intensifies the body's sensitivity to the substance, and thus contributes to increased endurance.

In addition, analyzes show that substances that increase the production of nitric oxide can also increase strength. In sports supplementation, it is a very important aspect that physically active people pay attention to before choosing pre-workout products.

As if that were not enough, agmatine increases the secretion of adrenaline and norepinephrine, and balances the level of dopamine. Thus, it increases the blood supply to the muscle tissue, which has a positive effect on the oxygenation of the muscles, while increasing their endurance and strength.

The optimal dose of L-arginine metabolite

Studies suggest that agmatine administered to patients for up to 3 weeks provided an effective and safe reduction of neuropathic pain. Also, in many years of scientific experience, it has been proven that even high doses of agmatine sulfate did not contribute to the induction of undesirable symptoms and dysfunction of the body.

This substance is widely used especially in the world of athletes, as it significantly increases performance during physical exertion. Despite this, the safe dose has still not been fully determined.

The above-described multi-year study suggests that a dose of more than 2 g is completely safe, while other data suggest that you should take no more than 750 mg of agmatine each day.

The average recommended intake of the supplement is about 500 mg / per day.

Side effects of agmatine supplementation

According to the results of 5-year studies conducted with the use of a high dose of the arginine metabolite (almost 3 g of the substance), no side effects or dysfunctions caused by agmatine were observed.

However, it may happen that the regular intake of agmatine contributes to the appearance of symptoms such as stomach discomfort or a significant reduction in blood pressure. Such side effects were not found in any significant group of respondents, but there are indications that agmatine may cause these symptoms, especially among people taking too high doses of the supplement.

Allowed or forbidden, how is it actually?

However, dispelling all doubts, agmatine is a banned substance in our country.This is due to the fact that there is still not enough scientific research to confirm the safety of consuming L-arginine derivative.

The action of agmatine is comprehensive and multidimensional, so caution should be exercised, despite the existing premises about a positive effect on the human body.

This substance is banned not only in Poland, but also in the entire European Union. There is insufficient data in the world to conclude that agmatine is a substance that is completely safe for people.

The word of conclusion...

Agmatine is an interesting chemical compound that probably has a beneficial effect on the human body, both in the world of athletes and people suffering from various diseases. Unfortunately, there is still no specific and accurate scientific research, that would confirm the safety of the L-arginine metabolite. At the moment, this substance is banned, and we have to wait for the next, in-depth scientific analysis.