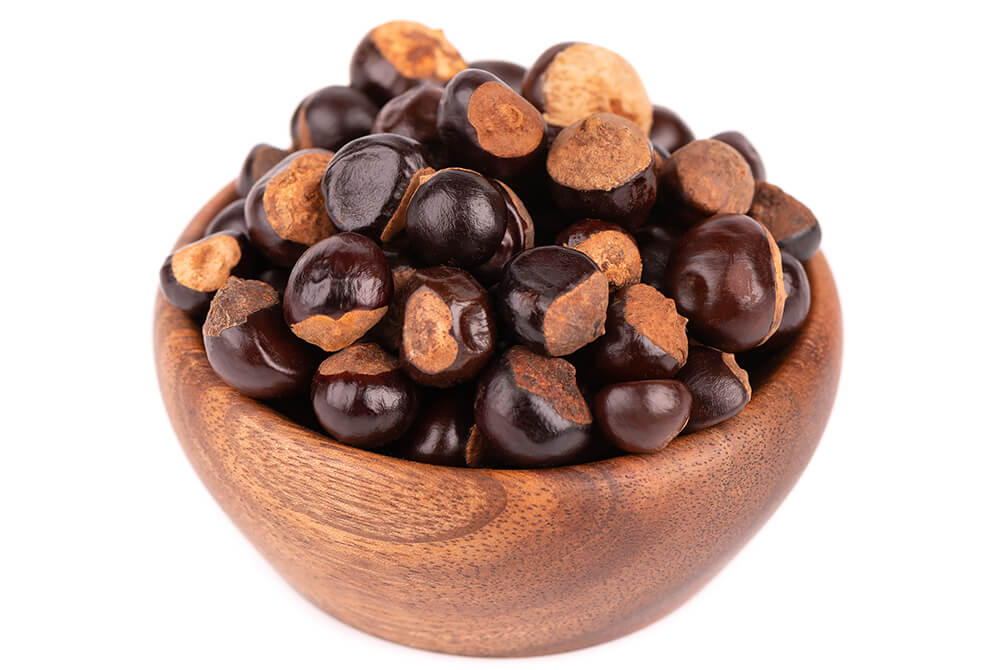 Guarana is a tropical plant whose seeds, extremely rich in caffeine, have become a popular dietary supplement and ingredient in energy drinks. Native Americans living in the Amazon Rainforest drank guarana drinks during long hunts, and nowadays we reach for them during a prolonged day at work. Guarana, in addition to caffeine, contains antioxidants, which together give it properties that support the body physically and mentally. How does guarana work and what can it help?

You can see guarana in the ingredients list of almost every energy supplement or energy drink. It is also added to preparations for sharpening mental abilities and supporting weight loss. What does it have so that it is used in this way and what exactly is guarana?

Guarana is a tropical plant that originates from the Amazon Rainforest. It grows as a climbing shrub with woody lianas. It was originally cultivated by the native people of the Sateré-Mawé tribe in Paraguay. The botanical name for guarana, which is very different from the regular one, is Paullinia cupana. It is derived from the name of the first botanist who classified it. Guarana belongs to the same family as lychee and longan ("dragon's eye"). All these fruits have in common the fact that they all look like an eye - the dark seed is surrounded by a white pulp enclosed in a peel, which deceptively resembles an eyelid. Going back to the root of the name "guarana", it can be translated as "fruit with the appearance of a human eye". The peel of the guarana fruit can range in colour from orange to dark red. The fruit is gathered in dense, long clusters resembling grapes. However, the properties of guarana are hidden not in the fruit, but in the seeds themselves, which are very rich in caffeine. Guarana seeds contain 4 to 6 times more caffeine than coffee beans.

Due to its caffeine content and other active ingredients, guarana can display the following effects:

Guarana is a very popular ingredient in energy drinks, whose role is to support the body during work and study as well as in cases of sleep deficiencies. As much as 70% of guarana production is used for the energy drink market while the remaining 30% is used as a raw material for dietary supplements. 95% of guarana is currently grown in Brazil, where the most desirable varieties for production are those with high caffeine content.

Guarana is most commonly available as guarana powder - dried and ground guarana seeds - or as guarana seed extract. Which is better? Guarana in powder or extract form? Guarana extract is more reliable and easier to take because it is standardised for caffeine content. It means that, when you take a guarana extract tablet, you know exactly how much caffeine you are supplying to your body. It's crucial if you drink coffee and tea, which are sources of caffeine. When combining these drinks with guarana supplementation, it is easy to overdose on caffeine and lead to side effects. The dosage that can cause overdose symptoms is 300-400 mg of caffeine per day. There may be about 100 mg of caffeine in one guarana extract tablet.

When using guarana powder, the exact caffeine content is not known. It can only be estimated, knowing that there is between 3.6 and 5.8% of caffeine in guarana seeds. If you drink guarana powder, it is better to give up coffee, or at least limit it to a cup daily.

Guarana powder for drinking is easy to incorporate into your diet. Add the powder to a juice, smoothie, shake or protein drink and mix thoroughly. Guarana powder should be drunk in doses of 500-1000 mg once or twice a day. Do not exceed a dose of 3g of guarana powder intake daily. It is best to start with small doses and gradually increase them to get your body used to caffeine.

Properties of guarana - what does it help?

Guarana owes its properties primarily to its caffeine content. The guarana seed contains the most caffeine compared to coffee, tea or yerba mate. Caffeine makes up from 3.6 to 5.8% of the guarana seed weight. However, it is not the only active substance in guarana. Apart from caffeine, other alkaloids have been identified - theobromine and theophylline. uarana also provides compounds with antioxidant character - catechin, epicatechin, proanthocyanidins, caffeic acid and gallic acid. In addition, the seeds are rich in tannins (up to 12% by weight).

Native Americans of the Sateré-Mawé tribe consumed a stimulating drink based on guarana, which they often reached for during long hunts. Guarana was believed to help cope with physical effort, mental stress, headaches, fever and muscle cramps. It was also used as a diuretic and aphrodisiac.

The composition of bioactive substances in guarana means that it has stimulating, fatigue-delaying, anti-inflammatory and antioxidant properties. Modern science confirms the potential of guarana in several health-promoting and body-supporting applications. What does guarana help? 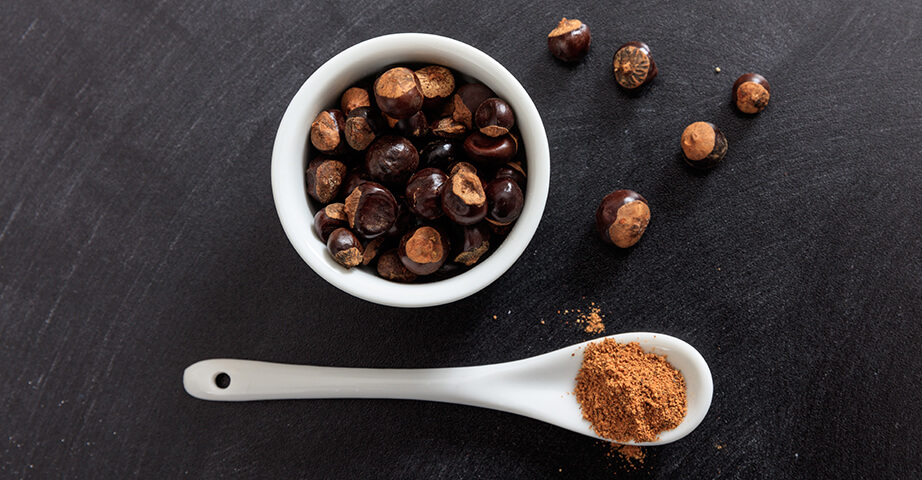 Guarana may support memory and concentration

According to numerous scientific studies, guarana, even in low doses (75-100 mg of extract), may significantly improve concentration, alertness and memory. It also reduces the subjective feeling of fatigue. This effect is due to caffeine, which stimulates the central nervous system. After taking guarana, increased alertness, faster reaction time, quicker information processing, increased speed of performing tasks requiring attention, memory improvement and better mood are observed. Studies in rats have shown that guarana can prevent scopolamine-induced memory loss.

Guarana may have a positive effect on mood

Guarana is believed to be an adaptogen, a plant-based substance that improves the body's response to physical and mental stress. Long-term intake of guarana has been shown to affect the secretion of dopamine and serotonin, resulting in a calming effect.

Studies have shown that guarana may benefit the cardiovascular system by preventing the formation of blood clots and atherosclerotic plaque in the arteries as well as reducing the oxidation of LDL cholesterol. Guarana may be an aid in the prevention of atherosclerosis, heart attack and stroke.

Guarana can be an attractive weight loss booster as it only facilitates weight loss. It's worth making this distinction because many people believe that taking dietary supplements alone will help them lose weight. Unfortunately, it is not true. Dietary supplements can activate certain processes leading to weight loss, but their effect alone is too weak to visibly reduce weight.

Guarana has been shown to stimulate brown fat tissue, which is metabolically active. Guarana supplementation may result in increased mitochondrial activity in fat tissue and energy consumption, regulation of fat tissue hormones and decreased insulin resistance. Additionally, the caffeine in guarana slightly raises the rate of basic metabolism. All of this makes weight loss more effective with the support of guarana supplements. However, do not set yourself up for the idea that supplementation alone will get rid of obesity.

Guarana powder can be an effective bowel movement regulator due to the presence of caffeine and tannins. Caffeine helps with constipation by stimulating intestinal movements and the passage of intestinal contents. Tannins, on the other hand, remove excess water from faecal masses, which is helpful in diarrhoea. 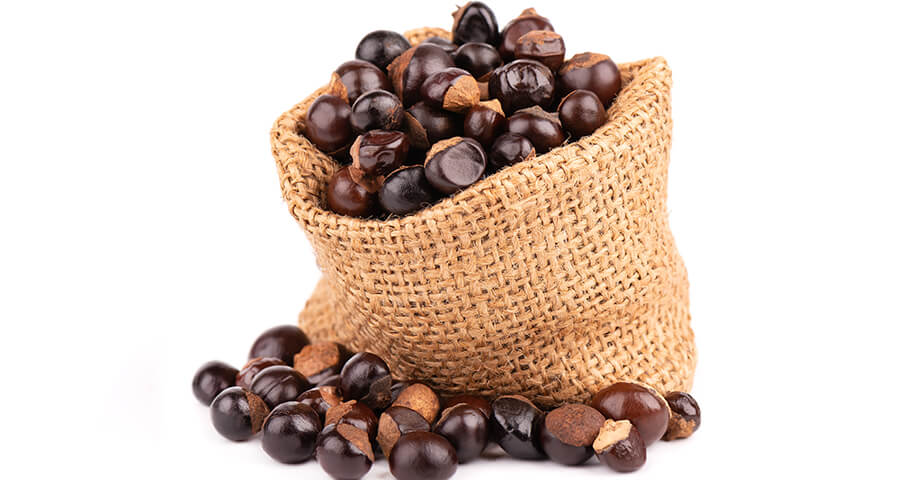 Other effects of guarana

Guarana is not toxic, but you have to be careful with its intake. The reason for this is the high caffeine content of guarana, which can easily be overdosed and lead to unwanted side effects. It happens especially when using guarana in doses higher than 500 mg of extract as well as in combining guarana with coffee or tea, as both drinks are sources of caffeine. The side effects of guarana consumption result precisely from an overdose of caffeine and include:

If you experience any of the above symptoms, it is important to look at the amount of caffeine consumed per day, limit the dosage of supplements and/or drinks with caffeine. Due to the caffeine content, guarana powder, tablets and any drinks with guarana should be avoided by pregnant or breastfeeding women and children.