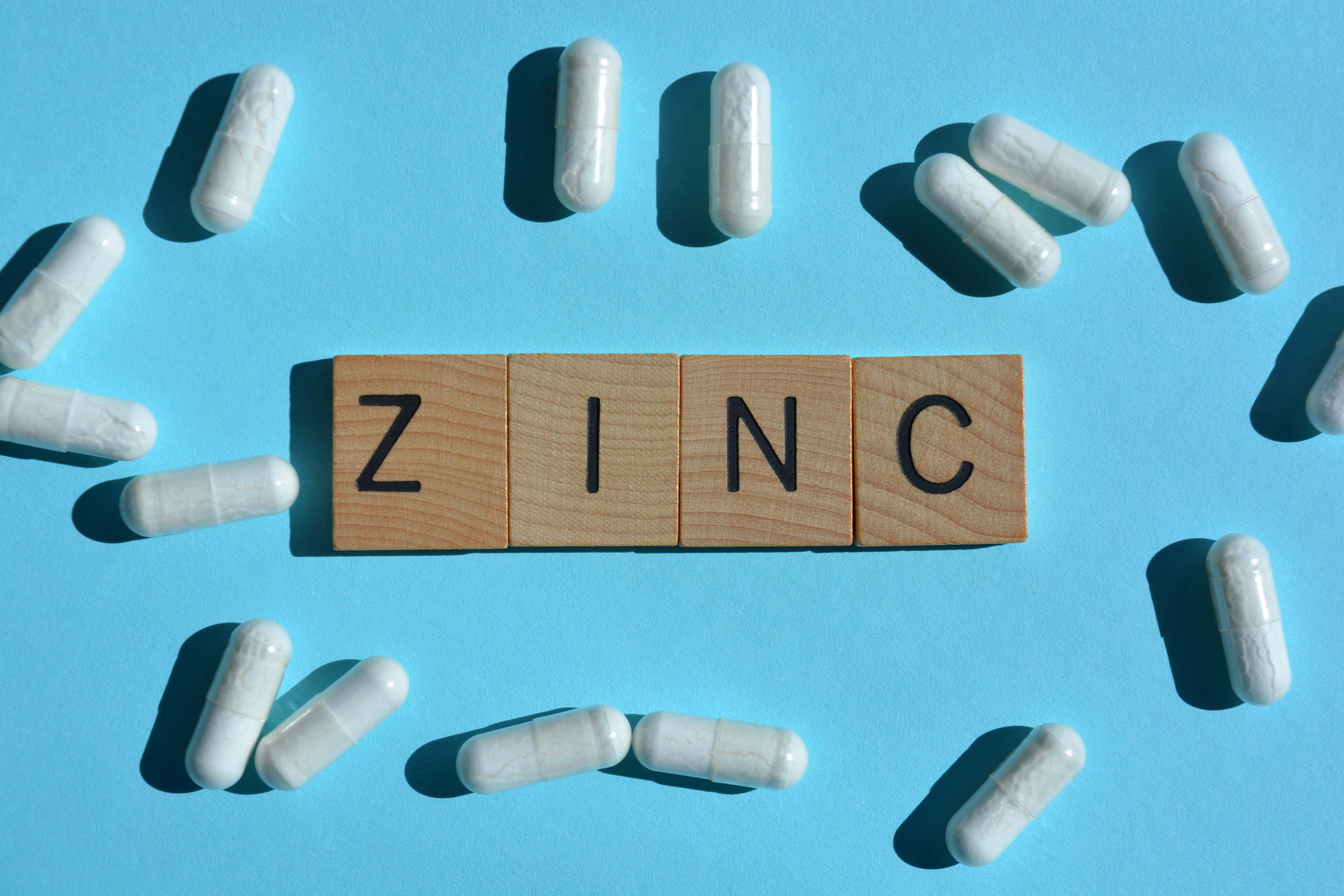 Zinc is a part of more than 300 enzymes and participates in the formation of DNA and proteins. Zinc is responsible for the proper functioning of the immune system, wound healing, growth, taste and smell. Zinc is required by everyone at any age, but higher amounts are recommended for teenagers and pregnant or breastfeeding women. What are the risks of zinc deficiency? What properties does it have? Is zinc common in food? When is it necessary to take zinc tablets? Find out!

Functions of zinc in the body

Zinc is a mineral ingredient that is involved in a number of processes associated with metabolism, synthesis of new molecules and immunity. Following iron, zinc is the second most numerous trace element in the human body and is present in every cell of the organism. It is a component of over 300 enzymes. Its characteristics make zinc fundamental for the health and condition of the skin, nervous system, digestive processes and much more. The action of zinc in the body includes participation in processes such as:

Properties and effects of zinc

Zinc has anti-inflammatory and antioxidant effects, which result in numerous health properties. One of them is supporting the immune system. Zinc participates in the cell-to-cell signalling pathways and ensures that the cells of the immune system function properly. Zinc supplementation in older people reduces the incidence of infections up to 66%.

Zinc accounts for 5% of storage in the skin. It plays a crucial role in the synthesis of collagen - one of the main components of the skin. In addition, it has an anti-inflammatory effect, which is observed through the reduced secretion of inflammatory markers. Zinc is a key element of all skin repair processes - from cell reconstruction to preventing infections. These properties, combined with the stimulation of the immune system, are used in the treatment of burns, skin ulcers and other skin changes. Zinc's anti-inflammatory effects are also used in the treatment of acne. The oral intake of zinc, as well as the application on the skin, supports the treatment of acne by reducing the inflammation of the skin, inhibiting the growth of the p. acnes bacteria and suppressing the activity of the sebaceous glands.

The antioxidant properties of zinc combined with the benefits of vitamin E, C and beta-carotene are effective in treating age-related macular degeneration. Supplementation with 80 mg of zinc daily reduces vision loss from this condition. Researchers suggest that zinc's antioxidant effects may have very broad effects - participating in the prevention of inflammatory diseases, including metabolic syndrome, hypertension, and type 2 diabetes. Zinc is crucial for male fertility and sperm quality. Once again, zinc's antioxidant and hormone balancing properties play a major role here. 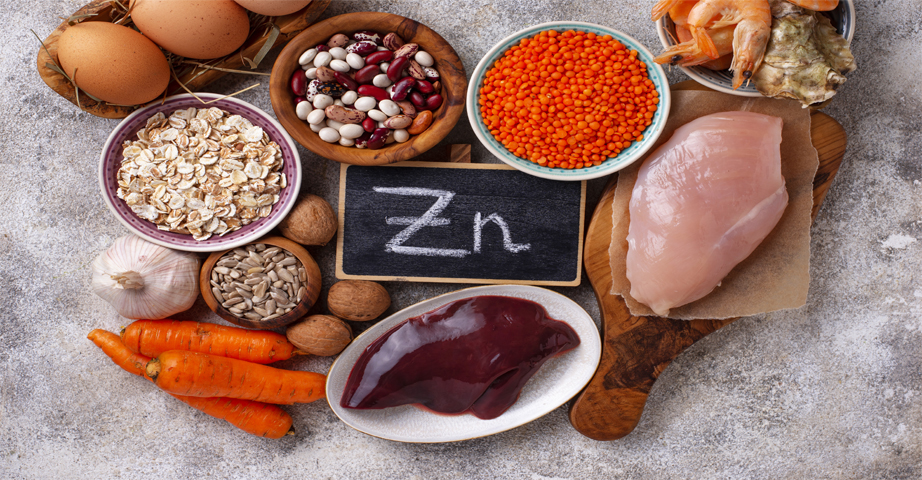 Zinc in tablets. Which one is best absorbed?

What does zinc in pills affect? Zinc tablets may be necessary in the case of increased demand, such as during puberty, pregnancy and breastfeeding, in hypothyroidism, problems with the digestive tract, which disturb the absorption. Indications for the application of zinc tablets are a monotonous diet poor in this element and diseases associated with zinc deficiency, e.g. acne, frequent infections, male infertility. If a deficiency is identified, it is advisable to take good zinc tablets in order to increase the amount of zinc in the body.

Zinc is available in tablets in several organic forms - picolinate, citrate and gluconate as well as in inorganic form - zinc oxide. Which is the most absorbable? Studies have shown that the absorption of zinc from each of the organic forms is similar. On the other hand, zinc oxide is much worse. ZConsequently, the best form of zinc is an organic one, in any form. Zinc oxide tablets will have the desired effect after a much longer time.

Zinc in food. Where does it occur?

In which products can you find zinc? Zinc in food is quite common - both in animal and plant products, although more of it can be found in foods of animal origin. Moreover, zinc from animal-based foods is absorbed much better than from plant-based ones. Vegetarians and vegans are therefore at risk of deficiency despite adequate zinc supply in the diet. The absorption of zinc from food ranges from 20 to 40%. ts bioavailability is increased by the presence of animal protein as well as citric acid and impaired by its co-occurrence with non-haem iron, phytates, fibre and oxalates, i.e. components of plant products. High amounts of copper and calcium in the meal also interfere with the absorption of zinc.

In a typical Polish diet, zinc is provided at an average level of 8.57 mg among women and 10.52 mg among men. It shows that a typical diet can cover the demand for zinc. However, it is necessary to know which foods should not be omitted. Which foods contain zinc?

Zinc in food is found in foods such as: 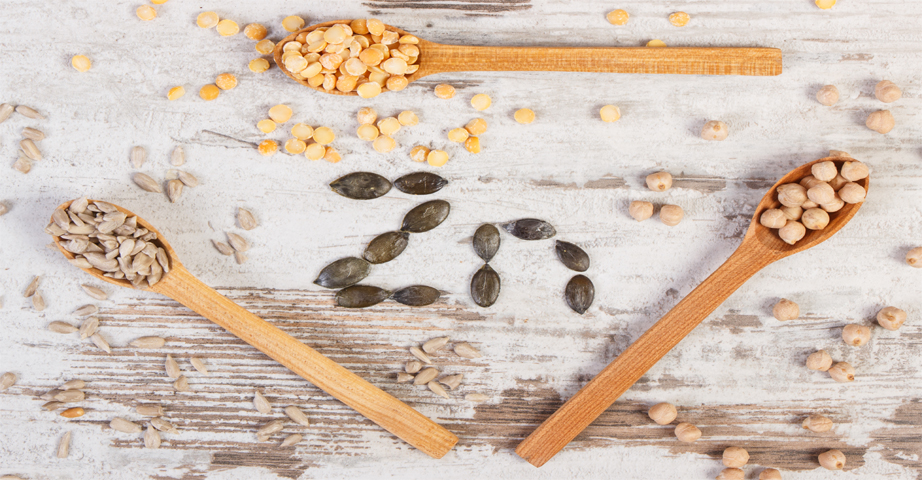 The following table contains the 17 best dietary sources of zinc. The amount of zinc is given for 100 g of the product, and the percentage covered refers to 11 mg of zinc per day, which is higher for men than for women. By knowing good zinc dietary sources, it is much easier to ensure that the body's requirement for this trace element is met.

Best sources of zinc in food

There are an estimated 2 billion people worldwide suffering from zinc deficiencies. It is especially common among children in developing countries, whose diets are poor in sources of zinc. Those at risk of mild zinc deficiency are:

Zinc in relation to taste and smell 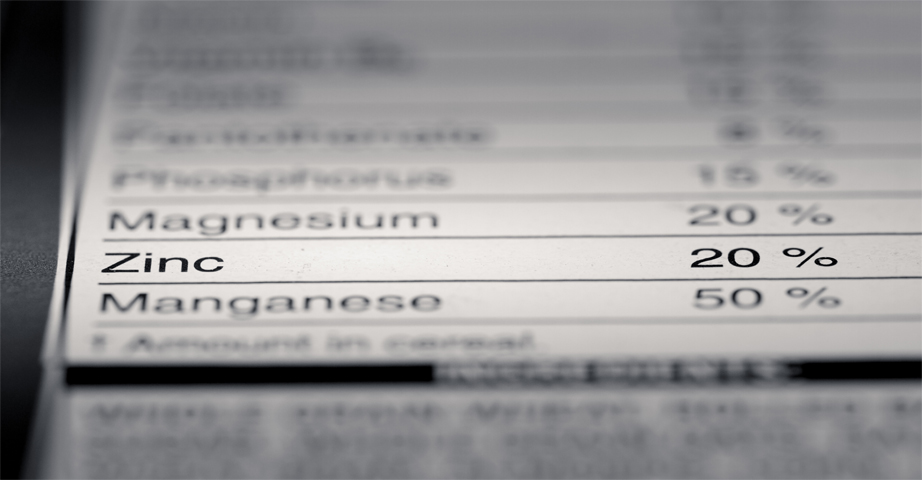 Zinc and the immune system

There is no properly functioning immune system without zinc. The cells also react worse to oxidative stress. Zinc deficiency leads to a decrease in immunity, more frequent infections and their longer duration. Zinc supplementation of 80-92 mg zinc per day can reduce the duration of a cold by 33%.

A symptom of zinc deficiency is so-called cavities - cracks at the corners of the mouth and dry skin. Wounds also heal much slower. Zinc levels also tend to be too low in acne sufferers. This indicates that zinc deficiency may be one of the causes of acne. Zinc deficiency also results in thinner hair and in rare but very characteristic changes on the nails, which look like they have been densely pierced by a needle.