Niacin - properties, effects and presence of vitamin B3 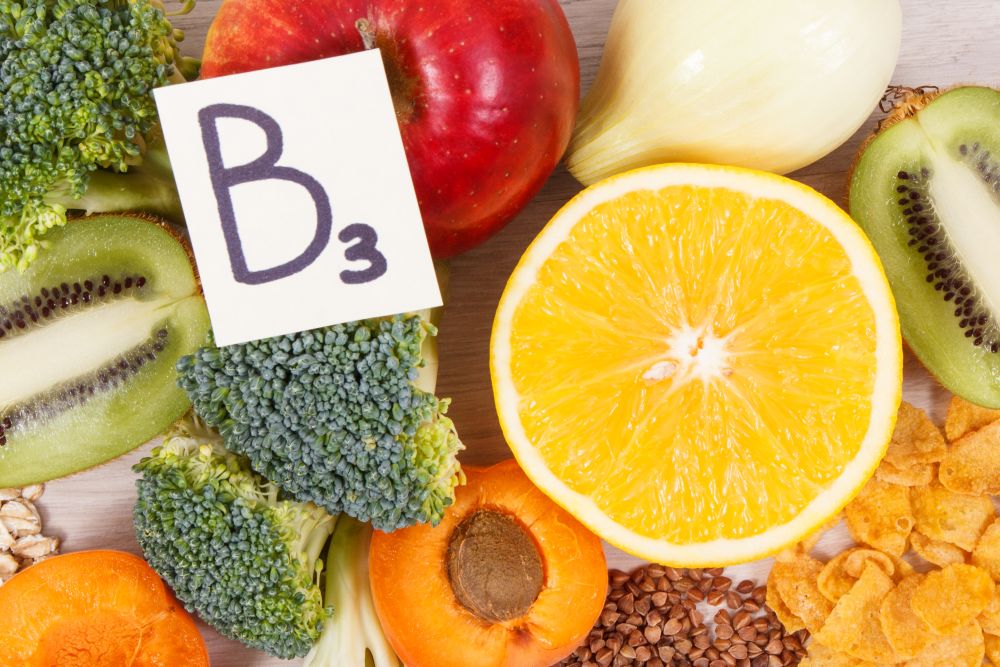 Niacin is another name for vitamin B3. The function of niacin focuses on controlling metabolic processes, but this is not the only role it plays in the body. Find out what properties and functions vitamin B3 has, how to supplement it and where to find it.

Niacin is one of the water-soluble B vitamins. Another name of it is vitamin B3 which is made of two chemical compounds - nicotinic acid and nicotinamide (niacinamide). They show similar biological activity and effects on the body, as nicotinic acid is converted to nicotinamide in metabolic processes. Vitamin B3 must be supplied to the body with food, but to some extent, it is synthesised in the body from the amino acid tryptophan. 1 mg of niacin is produced from 60 mg of tryptophan. The greater the intake of protein in the diet, the greater the production of Vit B3 in the body. The properties of niacin mean that it is not stored in the body. Its excess is metabolised in the liver and excreted in the urine regularly.

Vitamin B3 - the requirement of the organism

The body's need for niacin depends on age, gender, caloric requirements and physiological state. It is directly related to the action of vitamin B3, specifically the control of metabolic processes. The "bigger" the body is, and the more energy it consumes, the more intensified are catabolic processes ( i. e. the release of energy by the breakdown of nutrients) and anabolic processes ( the building of new compounds, e. g. muscle proteins, lipids). The body's requirement for niacin increases with age. Up to the age of 11, it is unrelated to gender, and for children from the age of 12, it is higher for boys. The recommended daily intake (RDA) of niacin has been set at 16 mg for men, 14 mg for women and 18 mg for pregnant women.

Niacin deficiency is extremely rare in the Western diet. Instead, it is a problem in poor developing countries, where the daily diet is based on a single crop, such as corn, and is poor in meat and dairy products. Symptoms of niacin deficiency include memory difficulties, abnormal thinking, fatigue, lowered mood, headaches, diarrhoea and skin problems. Severe niacin deficiency causes pellagra, a disease that occurs with skin erythema, diarrhoea and severe cognitive decline.

Vitamin B3 - characteristics and role in the body

The main action of niacin is focused on metabolic processes in the body, similarly to all B vitamins. In other words, niacin is needed by every living cell in the human body, as metabolism is constantly taking place in each one of them. Vitamin B3 is a forerunner of the coenzymes NAD and NADP, which are essential in converting nutrients into energy, for example in glycolysis and the Krebs cycle, as well as in anabolic processes that lead to the production of new compounds, including sex hormones, stress hormones, cholesterol and fatty acids. Apart from metabolism, the action of vitamin B3 includes transmitting intercellular signals, supporting the functioning of the brain and nervous system, repairing DNA and regulating calcium ions. Due to its features, vitamin B3 has a positive effect on the condition of the skin and hair, as well as on the circulatory system by dilating blood vessels. The neuroprotective characteristics of vitamin B3 can be used in the prevention of neurodegenerative diseases, including Alzheimer's and Parkinson's.

Vitamin B3 shows its best effects when it is taken in physiological doses. Niacin has been used in higher levels to lower cholesterol but it has been reported that high amounts may lead to type 2 diabetes. Due to the hyperglycaemic effect of high doses of vitamin B3, niacin supplements should not be used by people with type 1 or type 2 diabetes.

WVitamin B3 taken with food does not cause any side effects or symptoms of excess. However, negative effects of niacin may occur with excessive supplementation, so you should not exceed the doses recommended by the producer. The maximum amount of niacin in the recommended daily dose in dietary supplements is 830 mg of nicotinamide or 16 mg of nicotinic acid. However, at doses of 1.5-6 g per day, numerous side effects of vitamin B3 are observed.

Vitamin B3 - where does it appear?

Where can you find vitamin B3? Primarily in products of animal origin. It is also present in plant sources, but plant-derived niacin is much less available to the body and is only used in about 25% of cases. Animal-based protein is also considered a source of vitamin B3, as it provides tryptophan converted into vitamin B3.

Sources of vitamin B3 are: 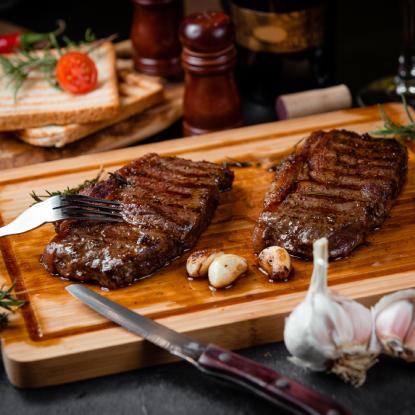