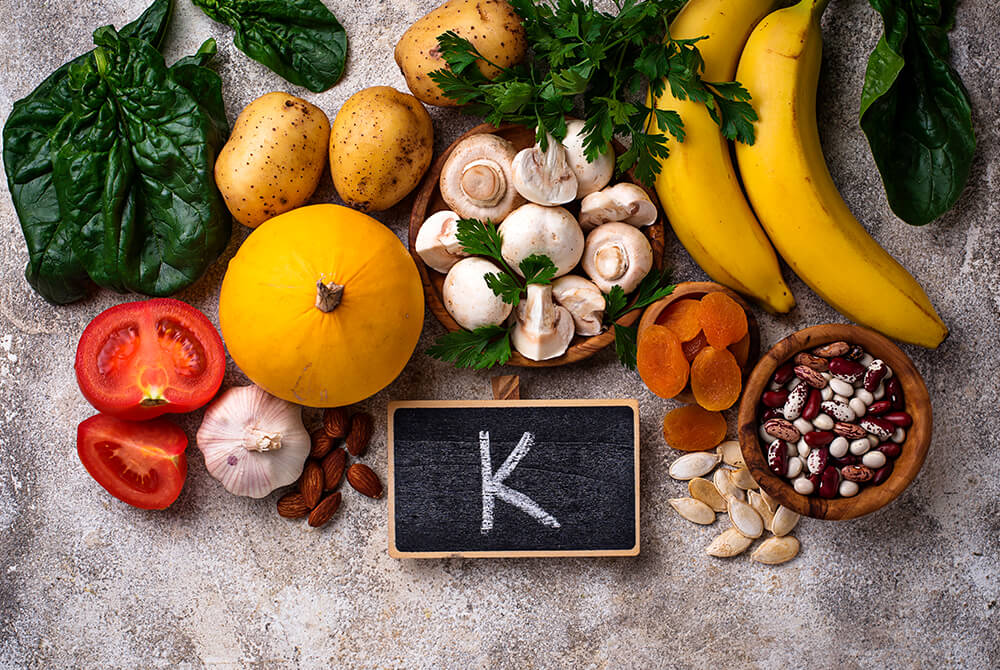 Potassium is one of the most important elements necessary for survival because of being an electrolyte. It is found inside every cell of the body, and its normal serum level is 3.5-5.0 mmol/l. Both potassium deficiency and excess occur frequently enough, so it is useful to know how they manifest themselves. Who is most at risk from too low or too high potassium levels? Which symptoms are worth paying attention to? When should potassium tablets be taken?

In most cases, potassium deficiency is not caused by its insufficient intake in the diet (although this sometimes occurs when potassium-rich foods are avoided) but is a consequence of various physiological conditions and diseases. Potassium deficiencies may occur in the case of chronic diarrhoea and vomiting. In these cases, electrolytes are recommended as drinking supplements, which complement the loss of essential minerals excreted in excess with water. A lack of potassium in the body is a frequent problem for undernourished people as well as those suffering from anorexia. People who regularly use diuretics, such as indapamide, hydrochlorothiazide, furosemide or chlorthalidone (not all diuretics cause loss of potassium in the urine), or overuse diuretics without a doctor's prescription, are also at risk of potassium deficiency since this element is removed from the body through the urine.

Conditions that promote the occurrence of potassium deficiency in the body are:

Potassium deficiency is quite common. It mainly affects people who take diuretics. Most often, such drugs are used by those suffering from hypertension or heart failure. Up to 20 percent of them experience an insufficient level of potassium in their body. When a potassium deficiency is found, which is not a consequence of electrolyte loss due to diarrhoea, vomiting or diuretics, a detailed diagnostic is necessary in order to determine the primary cause of the drop in blood potassium levels.

A mild potassium deficiency in the body usually does not cause any symptoms. When the potassium level falls below 3.0 mmol/l, general weakness, muscle cramps, especially in the calves (sometimes only at night), irregular heartbeat, a feeling of irregular heartbeat and palpitations may occur. Constipation also frequently occurs, which is not likely to be associated with a lack of potassium in the body.

Severe potassium deficiency can have very serious consequences for health and life. Severe deficiency symptoms include extreme muscle weakness, paralysis of the muscles as well as intestines (lack of peristalsis) which leads to intestinal obstruction, sensory disturbances, tingling in the hands, face and feet, a drop in blood pressure as well as dangerous heart arrhythmias. One of the symptoms of potassium deficiency can be deceptively similar to that of untreated diabetes. It is increased urination and a strong thirst that is difficult to satisfy.

ncreased potassium level is a frequent health problem. People who have serious or chronic kidney failure, diabetes, heart failure and are taking medication to reduce the excretion of potassium in the urine usually have the excess of it in the body. Increased potassium is often caused by specific drugs. These include angiotensin-converting enzyme inhibitors, angiotensin receptor blockers, potassium-saving diuretics (spironolactone, eplerenone, amiloride), non-steroidal anti-inflammatory drugs (e.g. diclofenac, naproxen, ibuprofen, piroxicam) - common analgesics and anti-inflammatory drugs - and immunosuppressants. When else is there a risk of potassium excess in the body? When it occurs:

Fighting with potassium excess on your own is not recommended. If you have a suspicion of it, you should see your doctor. 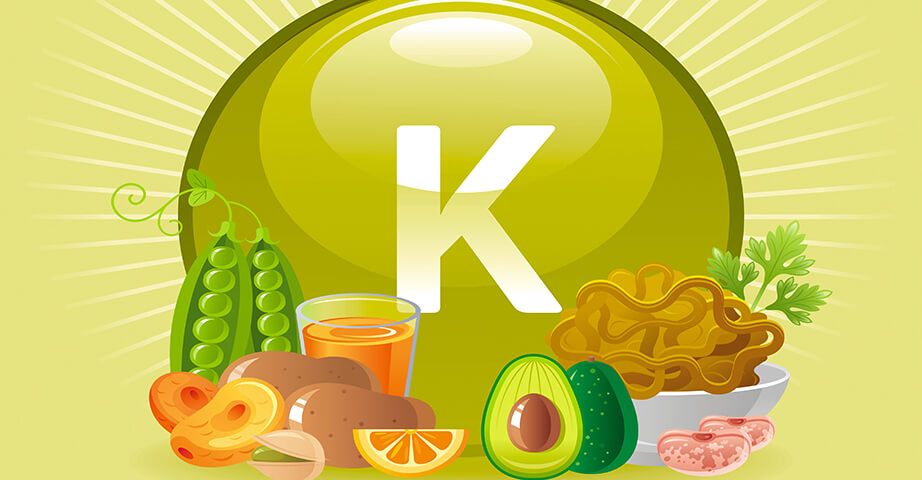 A potassium excess is considered to occur when the serum level of the element is above 5.5 mmol/l. We distinguish mild excess (5,5 – 5,9 mmol/l), medium excess (6,0 – 6,4 mmol/l), and severe excess (more than 6,5 mmol/l). The symptoms of excess potassium are non-specific, which means that the same symptoms can be triggered by different causes. Symptoms of increased potassium levels can be difficult to spot. High potassium manifests itself most often when its concentration increases rapidly. A slow increase in the body may not show any symptoms even when there is a severe excess of potassium. Symptoms of excess potassium include:

With a rapid increase in blood potassium levels, the heart rate may stop.